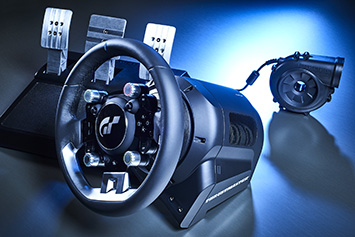 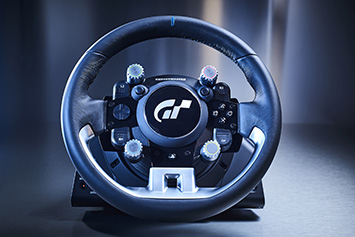 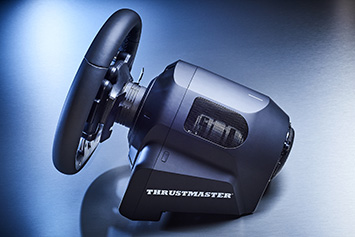 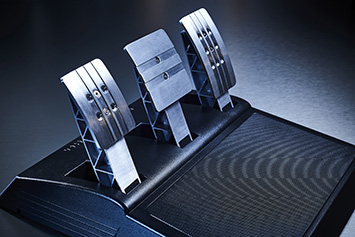 The focus of Gran Turismo for the development of the 'T-GT' was not just to provide feedback power, but to secure the linearity of the output torque, its precision and consistency. The steering wheel utilises a T-40VE brushless motor that produces accurate force feedback torque consistently even during a long race. The wheel is wrapped in genuine leather and features 4 rotary selector dials and two customisable mini-sticks. In addition to the standard force feedback feature, the T-DFB (Depth FeedBack) system conveys fine information in the range of 30Hz to 100Hz to the steering wheel, to provide driver information that cannot be expressed alone through a motorised force feedback system. This is an exclusive feature that creates a rich driving feel in Gran Turismo Sport.