The GT Academy is a project that turns skilled Gran Turismo users into real racing drivers. In 2012 the qualifying round in each country began with the release of the limited time game title, GT Academy 2012.

The final selection was carried out at UK's Silverstone Circuit, where four champions emerged from Europe and the U.S. Right now they are camped at Silverstone, fiercely training for the 24 Hours of Dubai in January. The four drivers are currently undergoing daily driving, physical and mental training as well as racing every weekend. Here are their profiles: 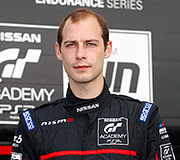 Rising to the top of 830 thousand participants including 6 regions and 12 European countries, is Wolfgang Reip.

In the last race of the final selection that went on for 8 days, he achieved a pole-to-win despite the difficult wet course conditions. He even had Bas Leinders, a racing driver from his home country declare that "He is top notch and can really do it. In the deliberation I put my reputation on the line arguing his case".

Reip has always had a love for motorsports since he was a child, and was a fan of Ayrton Senna. He hopes to someday compete at the famed circuit Spa Francorchamps in his native Belgium and even to win a race there. 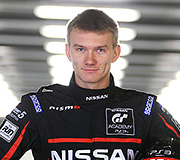 This year, Germany held their own independent competition separate from the rest of Europe. Out of 95 thousand participants emerged Peter Pyzera as the first German GT Academy winner.

This year, Germany held their own independent competition separate from the rest of Europe. Out of 95 thousand participants emerged Peter Pyzera as the first German GT Academy winner.

Though he has had no race experience, you can tell he really loves cars, having already owned about 16 cars to the present.He is now taking the first steps in his new career as a racing driver, and hopes to one day become a driver in the WRC. 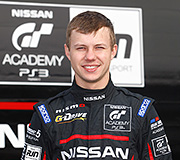 In the search for more racing talent, Russia has been newly added to the stages of GT Academy. This year, the first Russian Competition was held, and Mark Shulzhitskiy emerged on top of 32 thousand participants.

Mark who hails from Vladivostok located in eastern Russia, is 23 years old. While most of his friends were getting into Ice Hockey, his father's influence had him interested in motorsports, and he has more than a few go Kart racing trophys under his belt.

But unlike the other champions of the Academy, Shulzhitskiy didn't have much experience playing Gran Turismo. His first exposure to the game came in 2011 when he bought a PlayStation® 3 just to play Gran Turismo 5, and it completely changed his life. 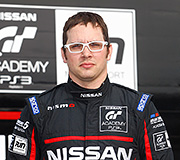 After 7 months, 400,000 competitors, and a six-week television series that captured every challenge and human drama of an intense week of racing boot camp, Steven Doherty of Plainfield, IL has emerged out of the top 16 to win the coveted title of the 2012 GT Academy US Champion.

The 29-year old mechanic actually competed in the first US GT Academy online qualification in 2011, but he ended up finishing 9th in his region and lost the top spot by scarcely six tenths of a second. So in 2012, Steve came back with a vengeance and worked incredibly hard to train mentally and physically to be a top contender at Silverstone. In the end, Steve came away victorious in the final "Winner Take All" race and was also successful in setting an all time track record amongst all previous GT Academy contestants.

Currently in the UK for his intensive racing training for an international license, Steve and three other 2012 GT Academy Champions from Europe will team up in two race prepared 370Z at the Dubai 24 Hour race in the Middle East on January 10th. We look forward to seeing Steve and the rest of 2012 GT Academy Champions follow the same racing success as all previous predecessors.

The qualifying round of next year's Dubai 24 Hour Race held in the UAE starts on Thursday, January 10, 2013. Watch the action of the two Nissan 370Z GT4s driven by the four GT academy champions!