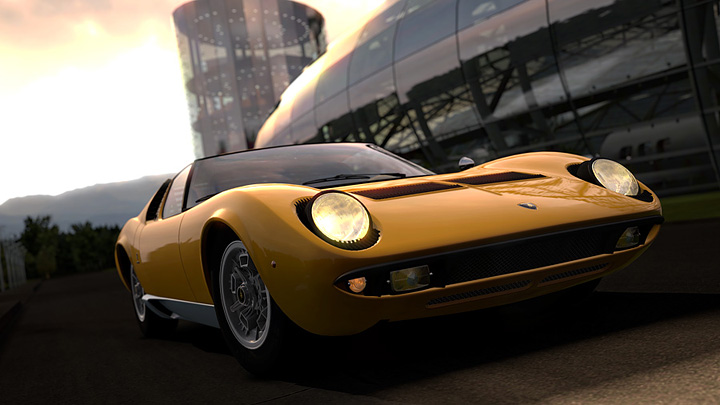 The Story Behind the Cars:
"The Lamborghini Miura Bertone Prototype"

In the 1965 Turin Auto Show, in a corner of the Lamborghini booth, was a bare-bone chassis of a car with only the steering, seats, and engine. But it had the makings of a thoroughbred, the potential to be the cutting-edge of modern sportscars at the time. While midship engines were the standard fare for real racing cars at the time, mounted on the chassis was a 12-cylinder engine behind the seats. What's more, it was mounted sideways.

The shockwaves amplified at the Geneva Auto Show the following year. On display at the show was a prototype called the "Miura", a car with flowing body lines more characteristic of a rear wheel drive sportscar than a full-fledged race car. 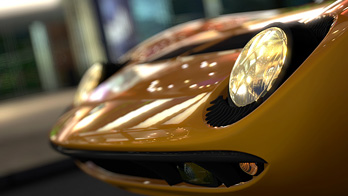 The unique headlights lift up when engaged. 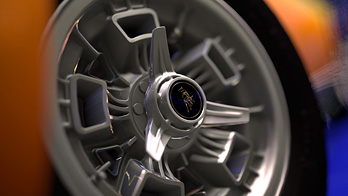 At the time the Miura was only a study model of Lamborghini. However as soon as it was shown at the Geneva Motor Show, a flood of inquiries poured in. Ferruccio Lamborghini decided to make the model commercially available. Thus was born the Miura, the great ancestor of midship supercars alongside the De Tomaso Vallelunga.

Because of its unprecedented design as a road car, development of the Miura faced a mountain of difficulties. The offset weight balance with very little weight on the front wheels and a heavy load at the rear wheels made it extremely difficult to drive. And the engine immediately behind the seats produced an enormous amount of heat and noise. There was no end to the number of issues that needed to be solved.

Gian Paolo Dallara, who would later go on to become a world famous F1 constructor, was the chief engineer responsible for the development of the Miura at the time. He solved these issues one by one parallel to the development of the commercial car. The earliest models of the Miura P400 produced 350ps from a 4-liter 12-cylinder engine. The numbers improved as the machine evolved, with the refined P400S producing 370ps. The final model, the P400SV, saw output increased to 385ps, and had improved stability at the rear wheels.

In March of 1967, as Miura's began to reach customers, one yellow Miura went to an American owner. At first glance it appears to be a regular P400. But upon closer inspection, the ride height is a full inch lower, making the already low and wide body look even more menacing. 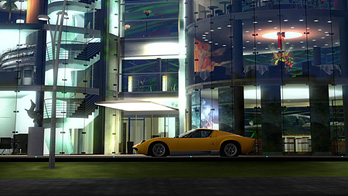 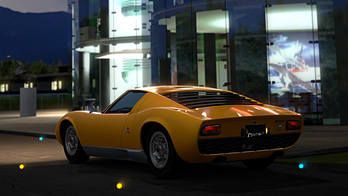 Get Behind the Wheel of History

The second of the two prototypes was unfortunately destroyed during testing and no longer exists. The Miura belonging to Mr. Marriot is the only prototype of the Miura in existence today.

Gran Turismo 5 has recreated this ultra rare car in pristine condition. Feel the ideals that went into the Lamborghini Miura through the prototype, a symbol of all the hopes and ambitions of Lamborghini in their purest form.