PIKES PEAK, U.S.A. (June 26, 2016) – Dubbed the Race to the Clouds, Pikes Peak International Hill Climb (PPIHC), the second-oldest race in the U.S., celebrates its 100th anniversary and 94th running. This year saw our own Gran Turismo creator Kazunori Yamauchi drive the pace car. Here are some scenes from the spectacular event. 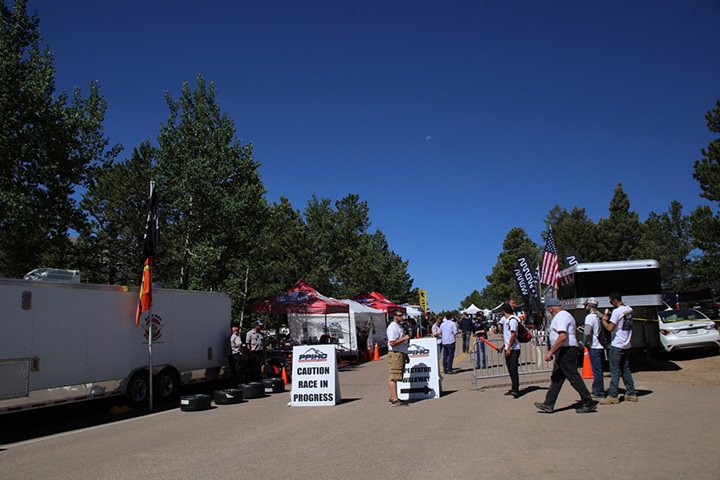 The very first Pikes Peak International Hill Climb took place in 1916, making this year its centennial anniversary. The photo above shows the entry point to the paddock area and the start line 500 meters ahead.

The course starts past this booth of the Pikes Peak summit. 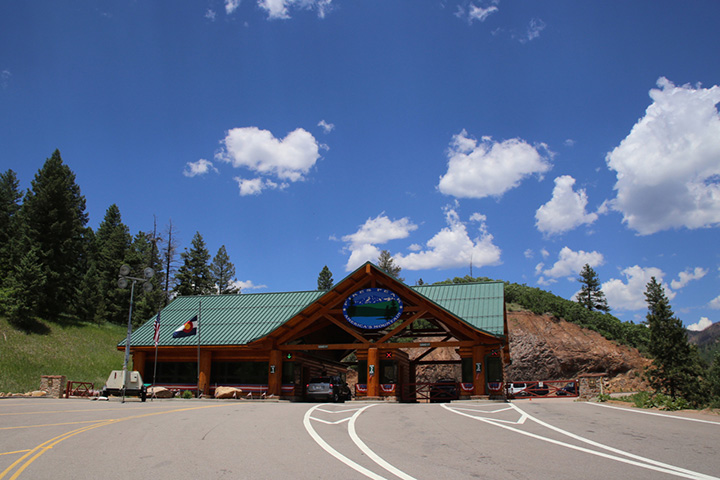 The jagged peaks of the mountain provide a breathtaking background to the race. 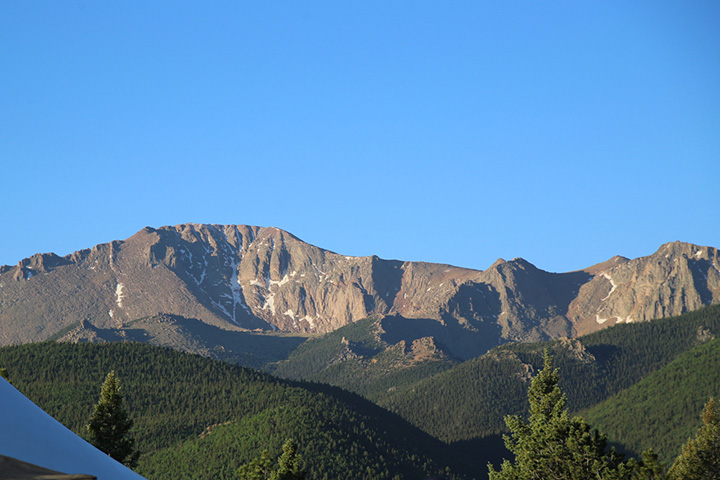 At 7:40 AM on race day, the pace cars initiate the start of the final race. Kazunori Yamauchi drives the lead NSX, while the Acura MDX and TLX behind it are piloted by Pikes Peak legends Randy Schranz and Leonard Vahsholtz. 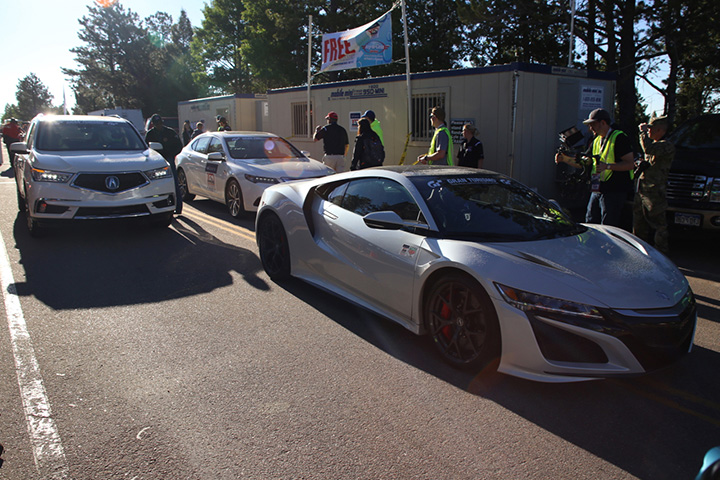 Kazunori Yamauchi gets into the NSX 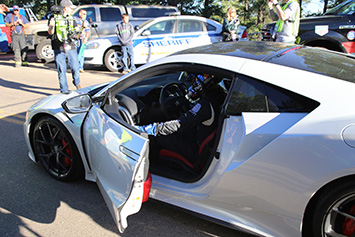 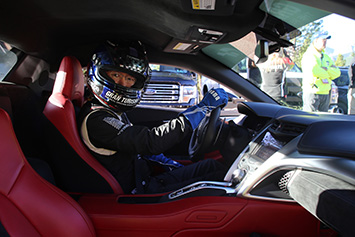 The green flag is waved, and the pace cars take off. This marks the start of the race final. 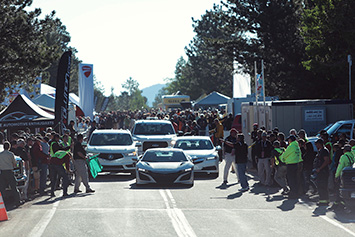 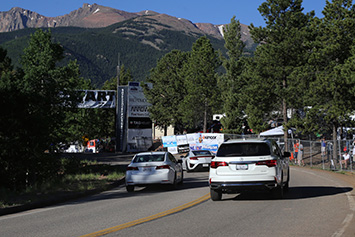 Though it was sunny on the day of the race, the course conditions were far from perfect with rain from the previous night making the road slick, with puddles near the summit. That said, Yamauchi took the all-new NSX armed with the latest devices such as SH-AWD and completed the 19.9 km run up the hill to an elevation of 4301 m. 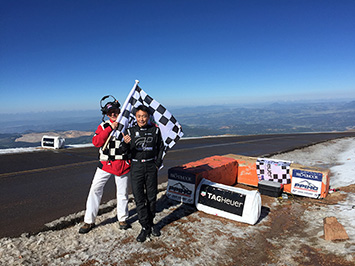 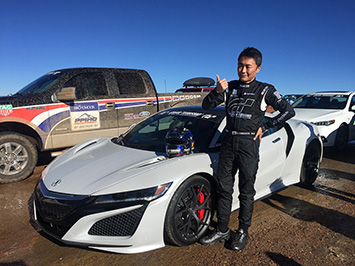 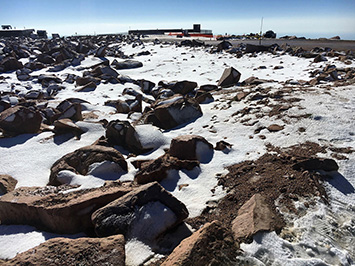 There were three all-new NSX’s that participated in the race event. One of them was a prototype experimenting with a system that had all four of its wheels powered by individual motors. Japanese driver Tetsuya Yamano succeeded in completing the race, taking 3rd place overall. Of the remaining two, one of the cars won the Time Attack 2 Class. 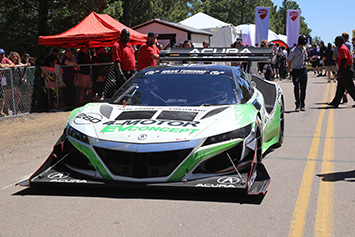 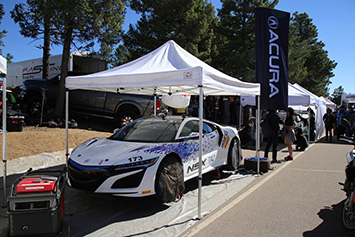 The format of the PPIHC is similar to other traditional hill climbs, but what makes this race especially challenging is that drivers only see sections of the course during practice and qualifying; the full course can only be run in the final race. At the paddocks there is a very warm and comforting atmosphere, and competitors and organizers talking amongst each other like friends. 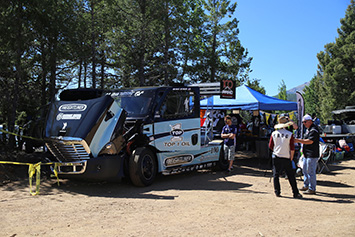 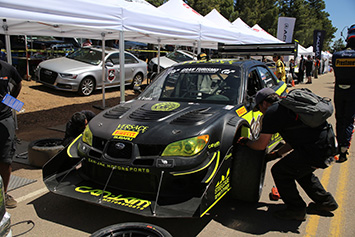 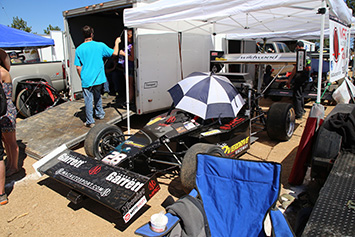 PPIHC isn’t limited to only cars; there are motorcycles, sidecars and even four-wheel buggies. This Pennzoil-sponsored Toyota Celica is a legendary car that participated in 1994 and set a record that remained unbroken for 13 years. 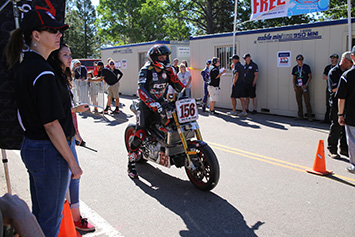 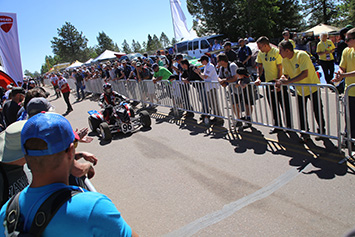 This Pennzoil colored Toyota Celica is a legendary car which participated in 1994 which set a record that was unbroken for 13 years. 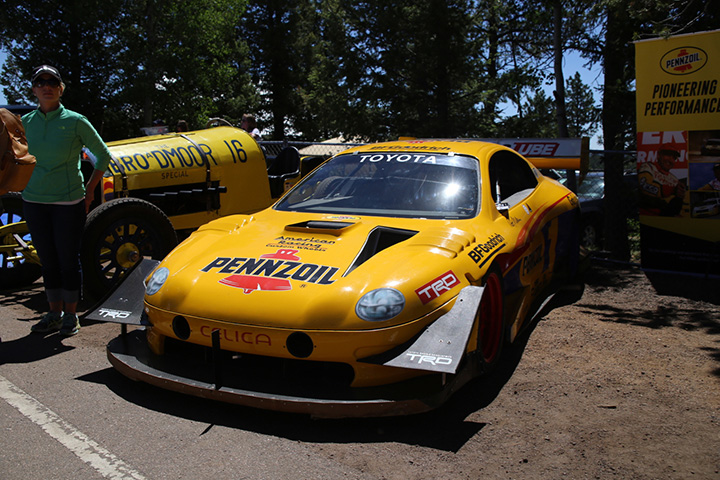 The powerful EV of Monster Tajima, the Japanese driver who has tallied 10 victories at Pikes Peak. This year, Tajima became the first Japanese driver in history to be inducted into the Pikes Peak Hall of Fame. Congratulations! 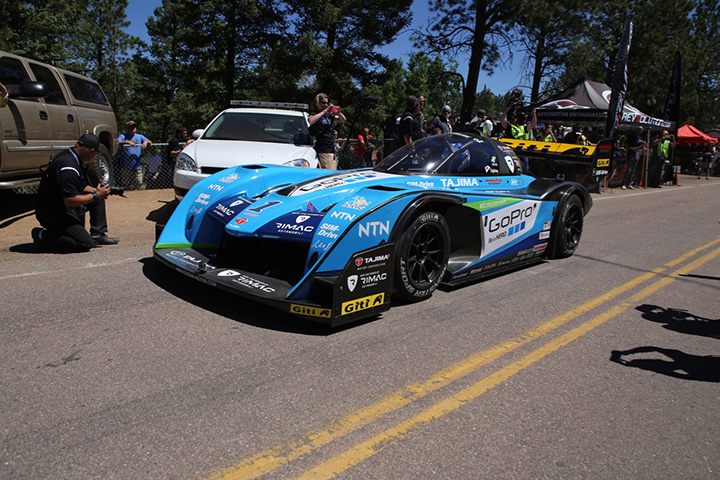 This year’s overall victory went to Romain Dumas (8 minutes and 51.445 seconds), taking the honors in a custom car powered by a twin-turbocharged 3.5-liter engine from an LMP2 machine. Dumas flew straight to Colorado from the podium of the 24 Hours of Le Mans to the step on the podium of this historic race.