MIMASAKA, Japan (May 29, 2016) – GT Academy graduate Jann Mardenborough recorded his first victory in the All Japan F3 Championships, taking the checkered flag in Round 6 of the highly-competitive series at the famous Okayama International Circuit in western Japan.

The format of the All Japan F3 Championships dictates that two races be held on the same weekend. Rounds 5 and 6 were contested at the end of May, and Mardenborough showed off his enormous talent in both races. He set new course records in qualifying for both contests and could have won Round 5 had it not been for a malfunctioning rear light that forced him to pit. Even with that setback, he managed to finish in 8th place.

The next race was run in wet conditions, and Mardenborough fell behind his teammate at B-MAX Racing, Masakazu Chiyo at the start. However, Chiyo went off the track at the entry to the hairpin, allowing Mardenborough’s No. 22 car to take the lead. There was no stopping him after that, as he went on to record the fastest lap and take his first win of the series. 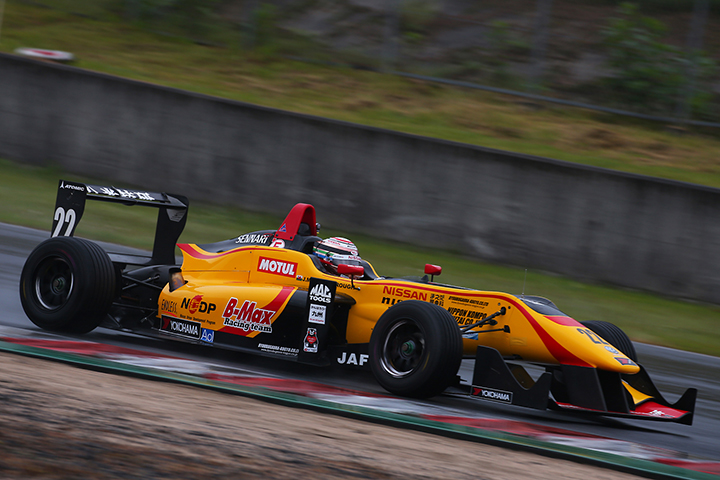 With his victory at Okayama, Mardenborough jumps to 2nd place in the series standings behind Kenta Yamashita, with the series championship well within his sights. Be sure to follow Mardenborough’s adventures in Japan in not just the All Japan F3 Championships, but also in the GT300 class of the Super GT series.