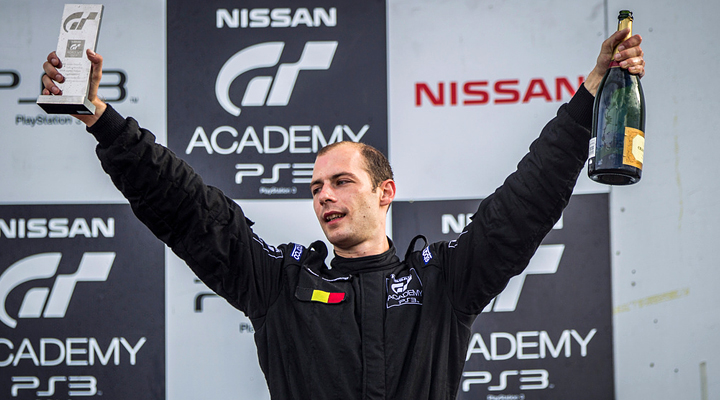 In August 2012, some of the fastest PlayStation® Gran Turismo®5 gamers from across Europe converged on Silverstone, the home of British motor racing, for the final stage of GT Academy Europe 2012. This was the fourth European GT Academy, with a prize to make one gamer’s dreams come true: he would go on to become a real racing driver, competing at the Dubai 24 Hours in a Nissan 370Z GT4 in January 2013.

The 36 gamers that made it to Silverstone had emerged from the 830,000 people who entered GT Academy Europe 2012 on a special Gran Turismo download for PS3™. Their GT Academy journey had been a whirlwind that started in June 2012, with most people entering online and others taking part at special live gaming events across Europe, giving the opportunity to enter the competition on gaming pods at events such as the iconic Goodwood Festival of Speed in England and the Barcelona Motor Show. The top few from each country then went on to highly competitive National Final events in July, held throughout the continent at classic racing venues such as Estoril, Zolder and the Nürburgring. Only the very best 36 were then taken to the UK in August for their final challenge: Race Camp.

The gamers were split into six territory groups of six competitors, with elimination stages throughout the week and an impressive line-up of mentors on hand at all times. 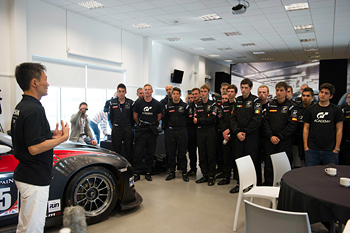 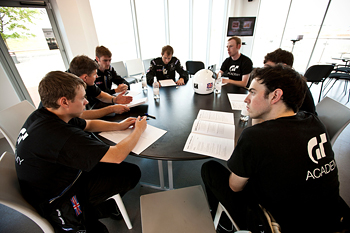 Race Camp at Silverstone kept the competitors very busy and taught them a variety of skills they’d need as a real racing driver. In addition to car control, circuit tests and instruction, traffic challenges and dogfights, they undertook a karting challenge, drove a Nissan 370Z on a rally course, tackled single-seaters and, of course, underwent some tough physical training. They also met Gran Turismo creator Kazunori Yamauchi and Nissan Europe’s Darren Cox, who worked together to create the competition that first took place in 2008. 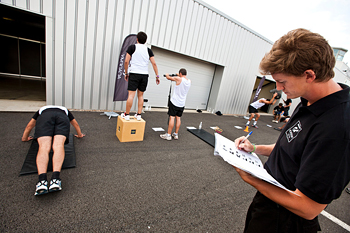 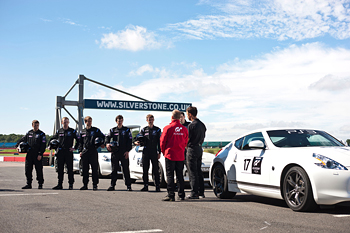 At the end of Race Camp, with the winning decision looming over the mentors’ heads, final benchmark tests took place – both in fitness and in the 370Zs around Stowe. Identical to tests completed at the start of Race Camp, these provided a measure of progress both on and off the track. It was a tough decision, but eventually one driver from each territory was crowned as the local winner: Sébastien Bertrand (FRA), Des Foley (IRE), Wolfgang Reip (BEL), Andrea Cosaro (ITA), Hugo Gonçalves (POR) and Rolf Ueltschi (SUI). These six final drivers were then able to compete for the ultimate prize of being crowned the GT Academy champion. 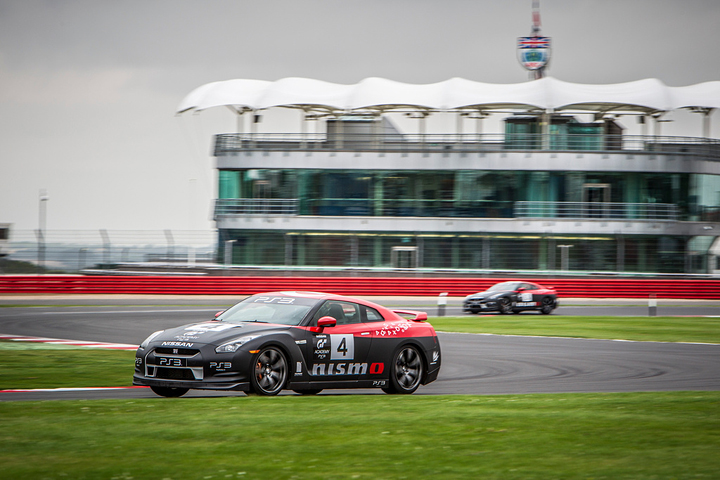 The World Endurance Championship (WEC) was at Silverstone that weekend - fittingly with 2008 GT Academy champion Lucas Ordoñez racing in a Nissan-powered LMP2 car. With the WEC teams and fans watching, the six finalists took part in a 20-minute qualifying session which decided the next day’s grid for the GT Academy race. Rain started to fall a couple of laps into the qualifying session, which added even more tension to the occasion by causing a few dramatic slides as the competitors pushed right to the end. It was a tight result, with Wolfgang Reip of Belgium securing pole position by less than one tenth of a second over Hugo Gonçalves. 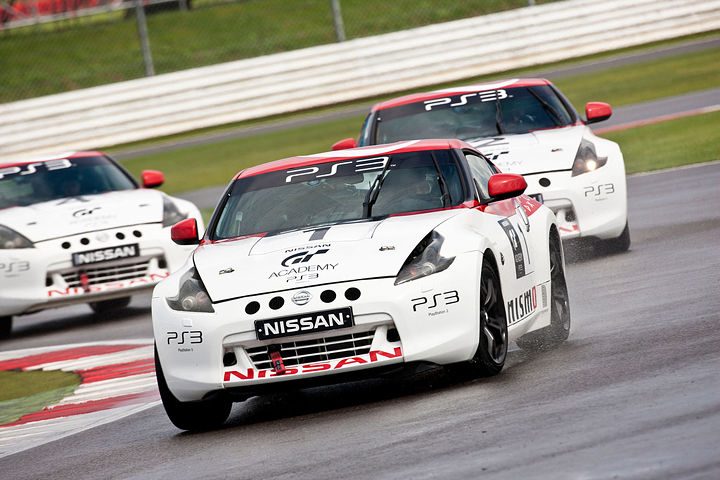 On 25 August 2012, the final day of the competition, the finalists lined up in identical Nissan 370Zs for their first ‘real’ race. Starting from pole position, Wolfgang held off a challenge from Andrea Cosaro and pulled out an unassailable lead to take the checkered flag. Andrea’s second place finish was also impressive as he had started at the very back of the grid and fought his way through the field.

After a long judges’ deliberation, Wolfgang Reip was eventually announced as GT Academy 2012 European Champion and took the top step of the podium at Silverstone. “This is the most amazing day of my life,” said an emotional Wolfgang. ”It is incredible, just incredible. I cried on the podium because there was so much emotion. To come out as the winner, out of so many people who took part on Gran Turismo, is just unbelievable.”

Wolfgang then embarked on an intensive three-month Driver Development Program. This prepared him to race in the demanding Dubai 24 Hours in January 2013 in a Nissan 370Z GT4 car, where he partnered Mark Shulzhitskiy, Lucas Ordoñez and Roman Rusinov, and finished the race in an incredible second place in class.