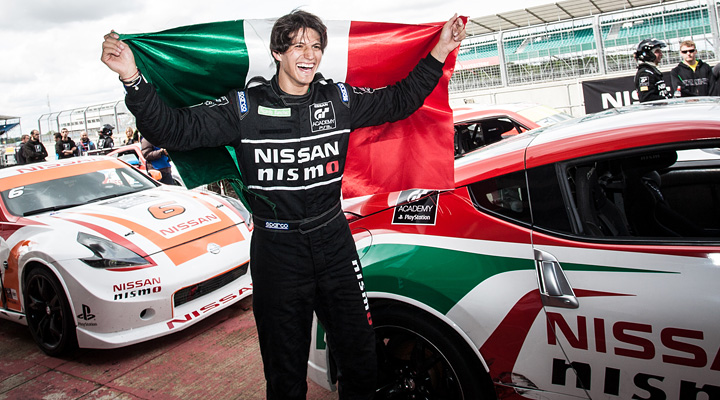 The new ‘International’ spectrum of GT Academy presented itself in 2014 with a new offering of race star potentials spanning from different corners of the globe. Among the 27 competitors from Mexico, Australia, India, the Middle East and Thailand, was 24 year old Mexican Ricardo Sánchez, who from Day 1 of International Race Camp showed great resilience behind the wheel.

With wavering results from the different groups at International Race Camp, the final decision boiled down to sheer elements of success rate and adaptability in competitive racing environments, which Ricardo fiercely demonstrated with his first place win in the final race.

Ricardo’s strivings to become a 24 Hours of Le Mans champion comes one step closer as he joins the NISMO team at the Dubai 24 Hours race in January 2015. Joining GT Academy peers for the Driver Development Program, again in Silverstone, much lies hopeful for the future success of Ricardo Sánchez.