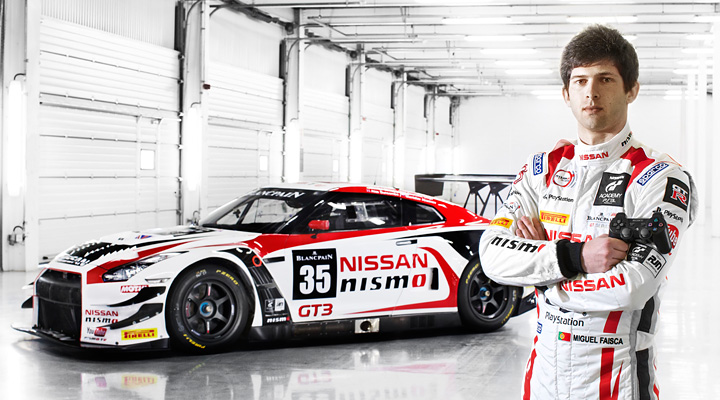 An innovative collaboration between Nissan and PlayStation®, GT Academy is a competition to find the best Gran Turismo® gamers and turn them into real-life racing drivers.

Miguel beat more than 900,000 people from across Europe, who entered the competition to be the best Gran Turismo® player in 2013.

Since being crowned the 2013 winner, he completed an intensive Driver Development Program, developing the skills needed to compete with the best international drivers out on the track. In January 2014, Miguel stormed to SP2 class victory at the Dubai 24 Hours with fellow 2013 GT Academy winners in their first international race.