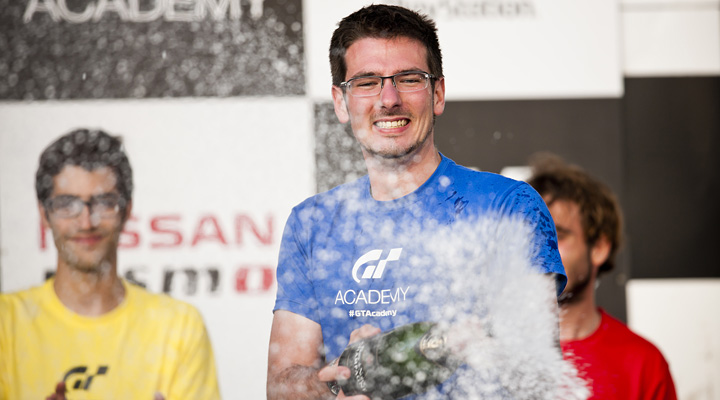 After the premiere of Gran Turismo®6 during GT Academy 2013, 2014 promised to raise the bar even higher, with entrants now familiarised with the new game. As a result, hundreds of thousands of gamers across Europe tried their luck at qualifying for their regional finals, with the hope of progressing onwards.

Alongside the traditional Gran Turismo®6 qualifying within the PlayStation®3 game®, new for qualification in 2014 was a free Facebook game entry mechanism. This made the competition more accessible than ever, allowing entrants to qualify for a special gaming final ahead of their respective regional final. This proved successful for some, such as the UK’s Alex Porazinski who qualified through the Facebook Challenge and continued on to Race Camp. Along with the new Facebook game, the popular and successful live events returned across Europe with Gran Turismo®6 pods available at events including the 24 Hours of Le Mans and the Goodwood Festival of Speed.

The regional finals took place at fitting locations across Europe, such as the Ascari Circuit in Spain and Spa-Francorchamps in Belgium. These regional finals also saw a new format for 2014, where all competitors took part in gaming, driving, fitness and media challenges, with equal weighting given to each element. 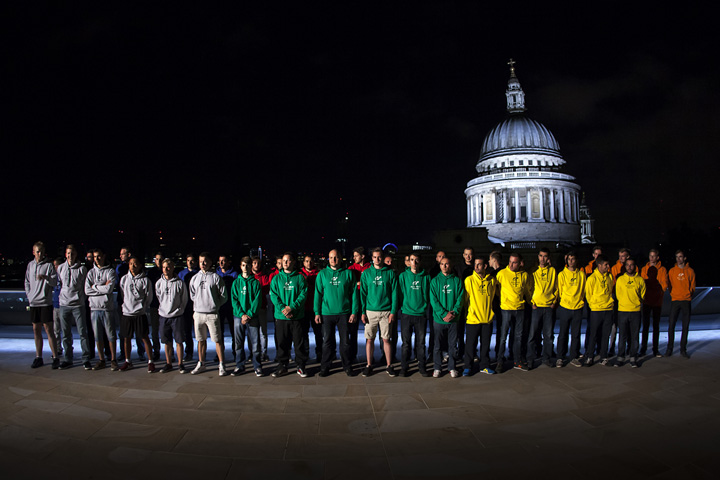 From the humble Nissan Micra stock car racer to the Nissan GT-R, affectionately known as ‘Godzilla’, the depth and breadth of cars on offer for competitors reached new heights in 2014. At various stages during the week, competitors found themselves behind the wheel of the Nissan Juke NISMO, the Nissan 370Z NISMO, open-wheel single seaters, Le Mans prototype style cars, race-prepped Nissan 370Zs, off-road buggies and even electric ‘Crazy Carts’! 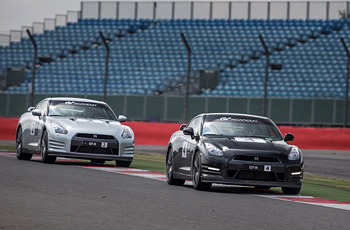 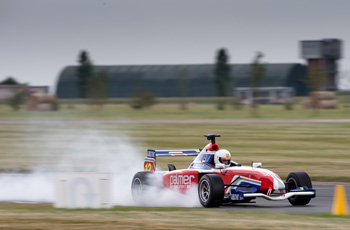 As always at GT Academy, eliminations were required to find a territory champion from each group, and some of these eliminations and decisions proved tougher than others. No team had this problem to a greater extent than Benelux. Judge Tim Coronel was left a very difficult choice between two very talented competitors on the final day, Laurens Beertens and Cédric Wauters . However, ultimately only one could represent the region and Tim’s experience led him to opt for Cédric, sadly damaging Laurens’ racing dreams. 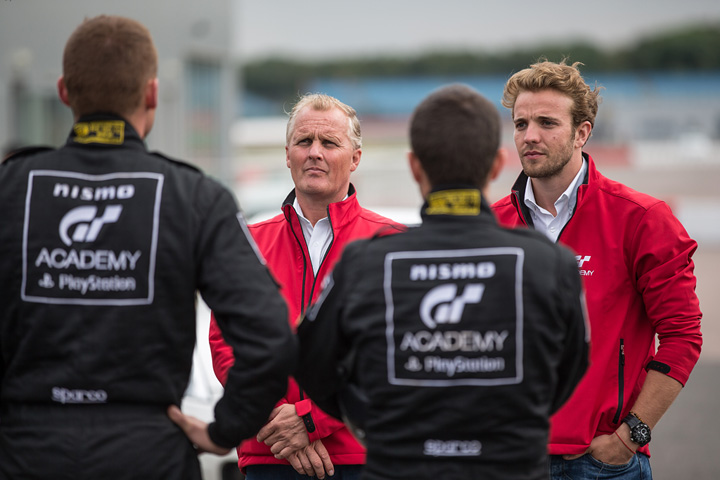 The range of tests faced by the competitors was greater for 2014 than ever before. As well as track activities, including overtaking challenges, gymkhana racing and dogfighting, competitors had to show their strength, both physical and mental, through gruelling challenges. These included the now infamous ‘Mud Mayhem’ assault course, complete with electric wires and ice bath, wheel change challenges and an in-depth fitness assessment. 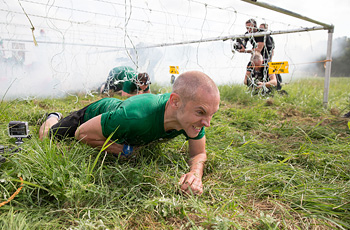 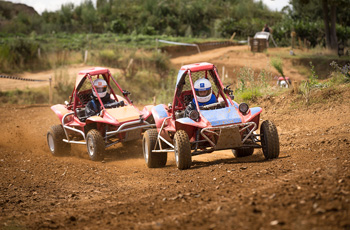 Along with the support and guidance from judges including Rob Barff, René Arnoux and Mark Shulzhitskiy, as well as the wisdom of the Head Judge, seasoned GT Academy veteran and F1 paddock favourite Johnny Herbert, competitors also had the chance to impress Kazunori Yamauchi himself, who celebrated his birthday at Race Camp, along with Olympic cycling legend Sir Chris Hoy. 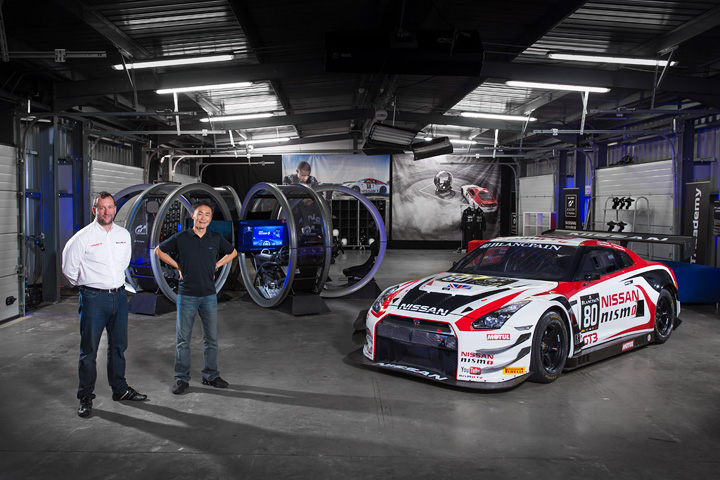 Eventually all eyes turned to the final race and the seven territory champions who had fought their way through to this stage, now just an eight-lap race away from glory. However, a technical issue with two cars forced a new qualifying stage to take place, with the two slowest times dropping out, leaving just five drivers in the final race of GT Academy 2014.

As seemed appropriate for such a dramatic week, the race started with an incident at the first corner, with Italy’s Riccardo Massa the main casualty, losing a wheel and coming to rest in the gravel. Iberia’s Pipo Rodrigues also suffered and was forced to retire his car from the incident. This left France’s Gaëtan Paletou in control of the race. He proceeded to manage the race first from the UK’s Karl Chard, who suffered a clutch failure during the race but impressively managed to get the car across the line in third, and then from the damaged car of Benelux’s Cédric Wauters. 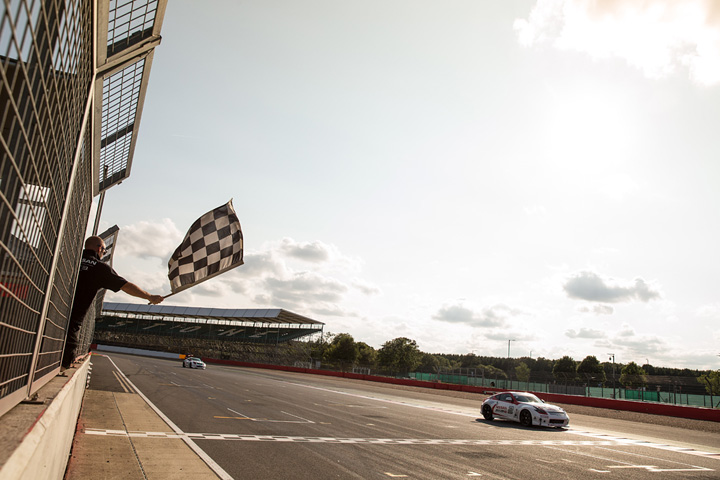