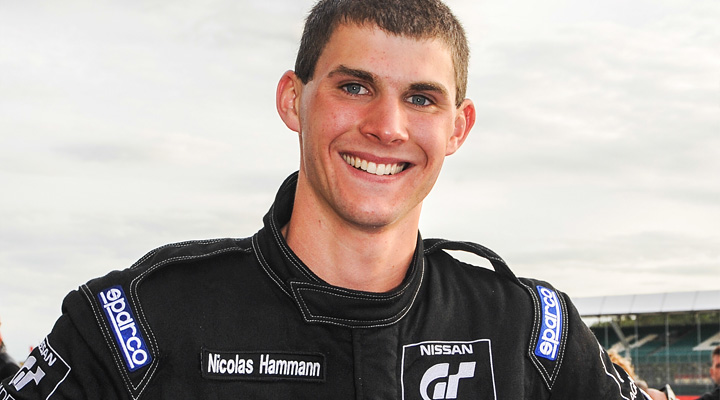 Nicolas is currently undertaking the GT Academy Driver Development Program. This world class intensive skills training aims to condense what experience most racing drivers have at least three years to build, into a space of just two months. During this process, the latest batch of GT Academy winners come to the UK to race in a variety of categories. Nicolas enjoys the friendly competition that comes with training alongside European winner Gaëtan Paletou, International winner Ricardo Sanchez and Middle East winner Ahmed Bin-Khanen. “You give us a tricycle, we'd still try to race each other! But you know, it's great because you always have someone pushing you to be faster.” Once Nicolas and the others have been awarded twelve signatures from successfully completing national and club-level races, they will be rewarded with the international racing licence required to compete at the 24 Hours of Dubai in January.

Hardly surprising then, that Nicolas came away from his first test in a GT4 car delighted with the way things had gone. “It was a lot of fun! I still can’t believe that this is what I do for a living now!” He impressed the team suitably too, so everything appears to be going according to plan. His main goal is to continue the same good work into the future. “I always want to be the best I can on track.” Nicolas’ car racing dreams and thankful recognition to Nissan and PlayStation are met with equal determination to repay the faith they’ve put in him, both on and off the track.