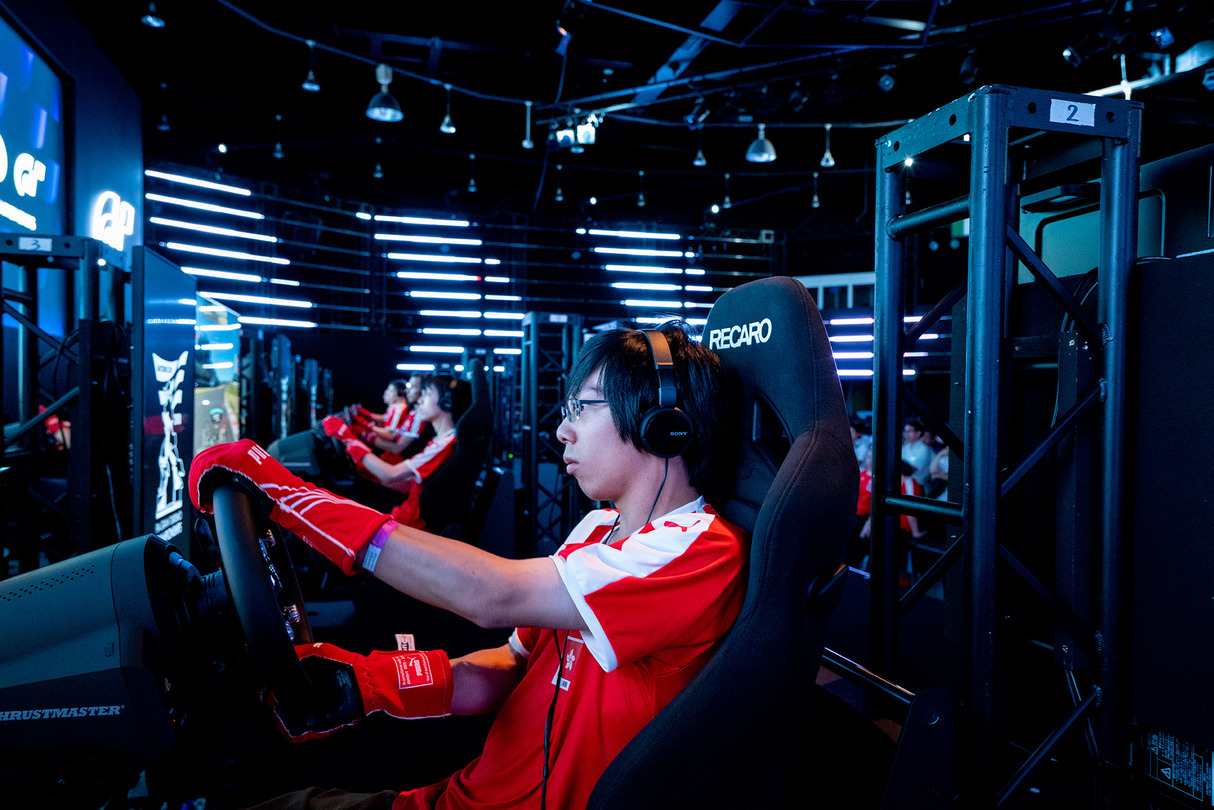 Race 2 of the finals was fought on the Dragon Trail’s Gardens II course in Gr.3 cars.

Japan’s Ryota Kokubun (Akagi_1942mi) [Beetle Gr.3] sat in pole position once again and expectations were high that he would run ahead of the pack as before. In 2nd on the grid sat Hong Kong’s Jonathan Wong (saika159-) [WRX Gr.3] who had his sights set on turning the tide on the Japanese drivers. The second row was again occupied by the familiar faces of Japan’s Tomoaki Yamanaka (yamado_racing38) [AMG GT3] and Shogo Yoshida (gilles_honda_v12) [911 RSR]. 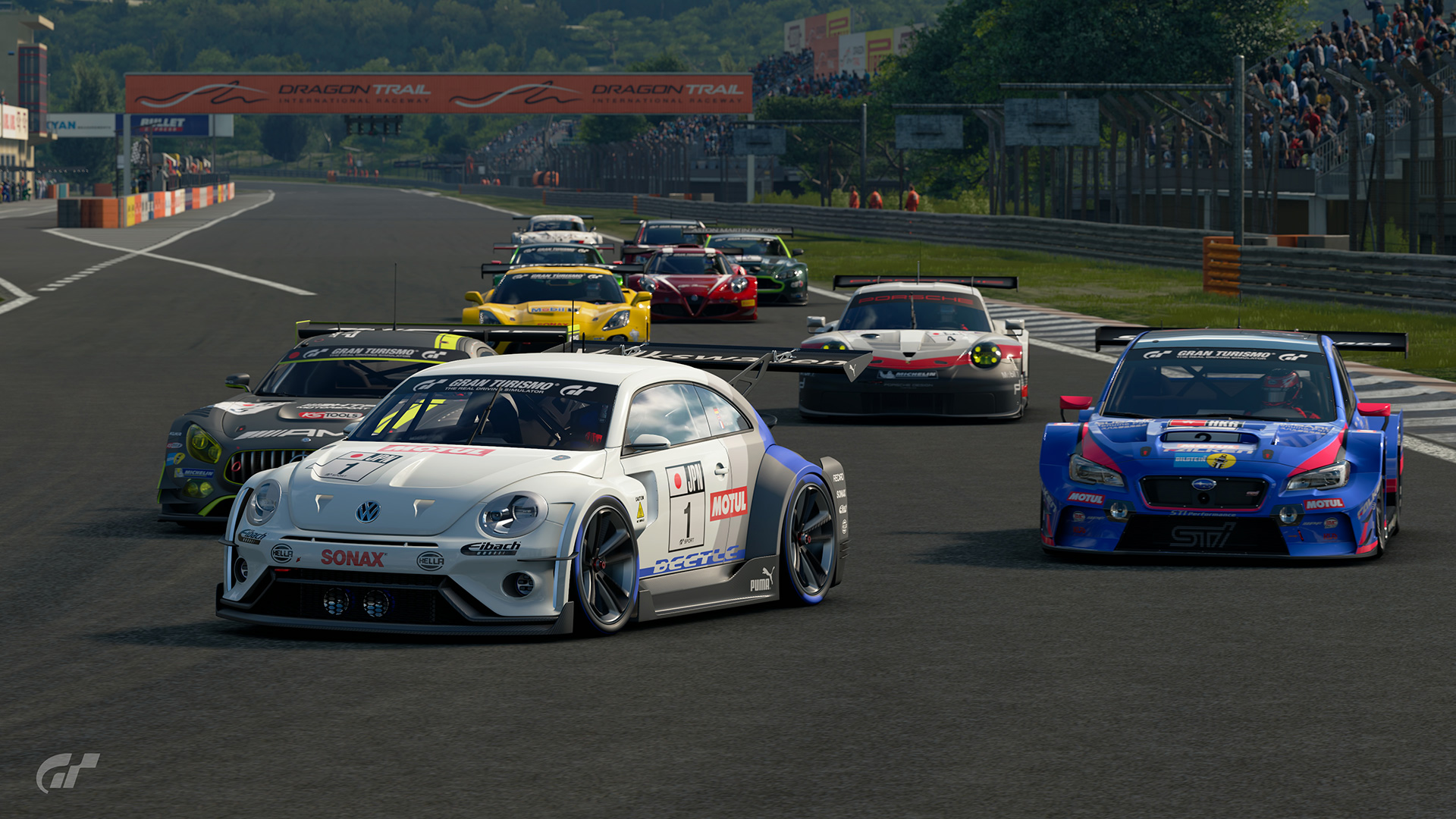 Right from the very start, the lineup began to change when Japan’s “Mister Perfect” Kokubun (Akagi_1942mi) ran off the track. For having all 4 wheels leave the track he suffered a 0.4 second time penalty. The crowd were in uproar at such a rare upset for Kokubun (Akagi_1942mi), who hadn’t made any mistakes of that magnitude so far in this tournament. 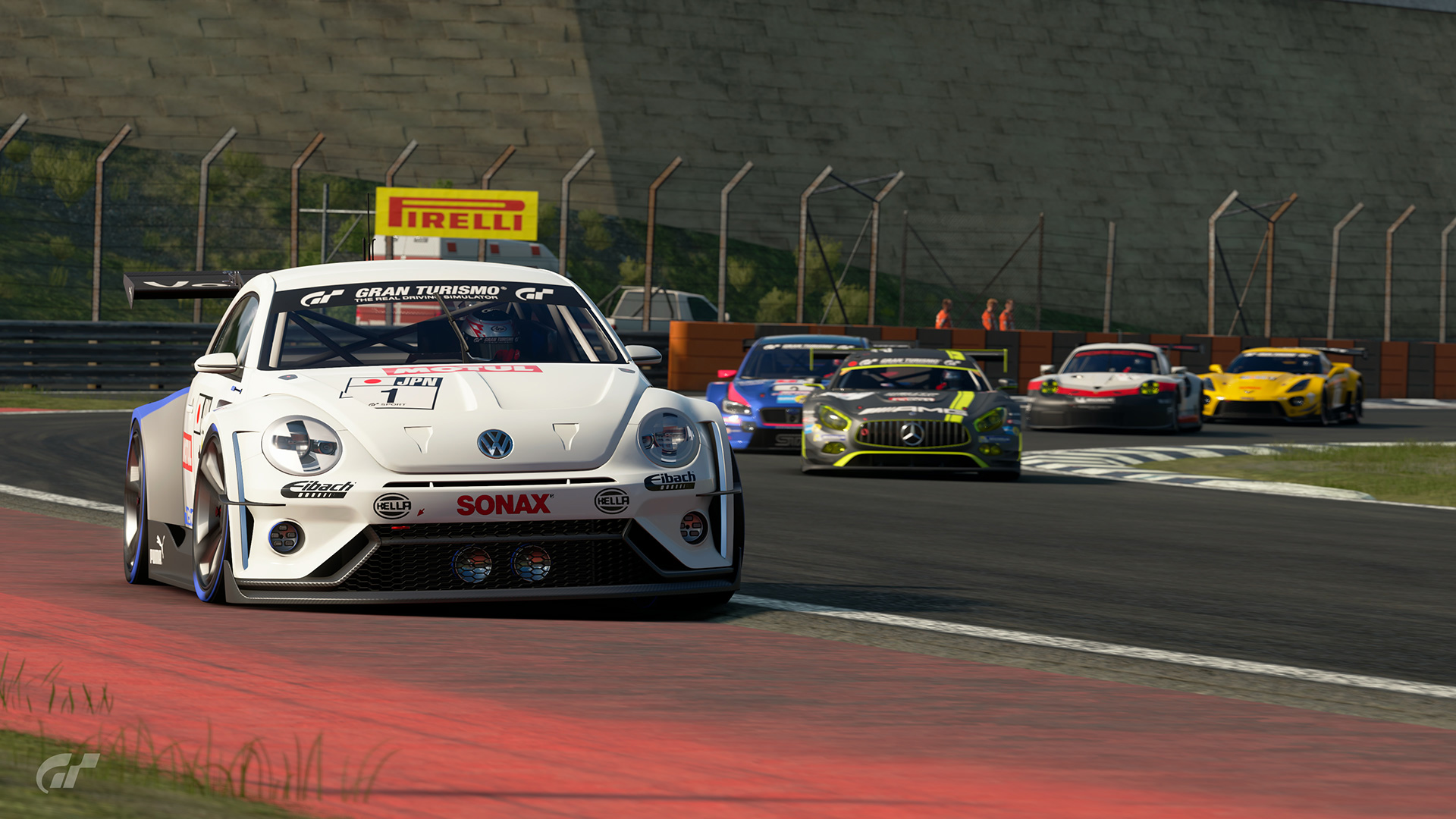 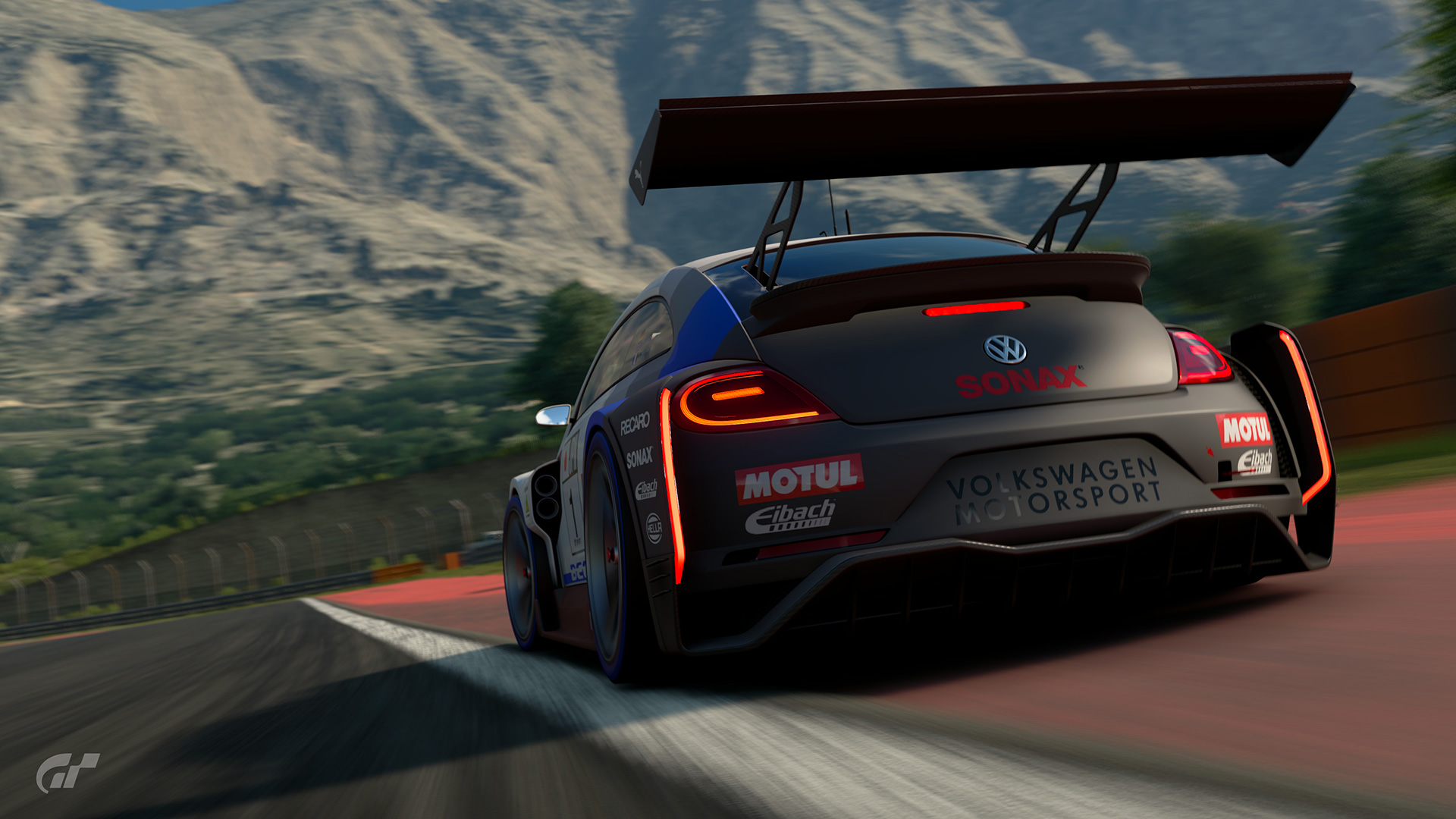 Having chosen Soft tyres to begin the race, Yamanaka (yamado_racing38) was able to dash ahead to take 1st place. At the same time, Jonathan Wong (saika159-) also passed Kokubun (Akagi_1942mi). 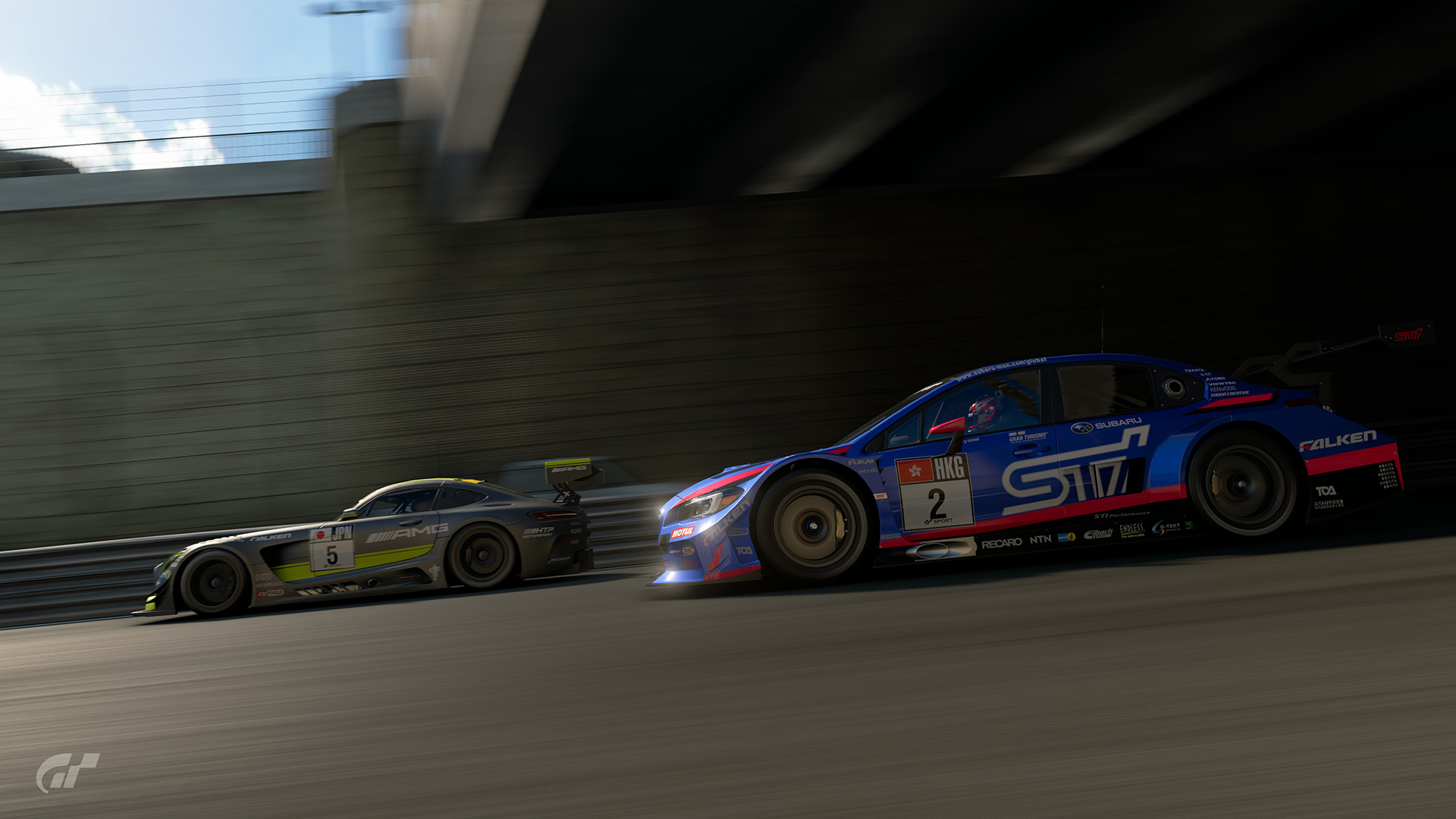 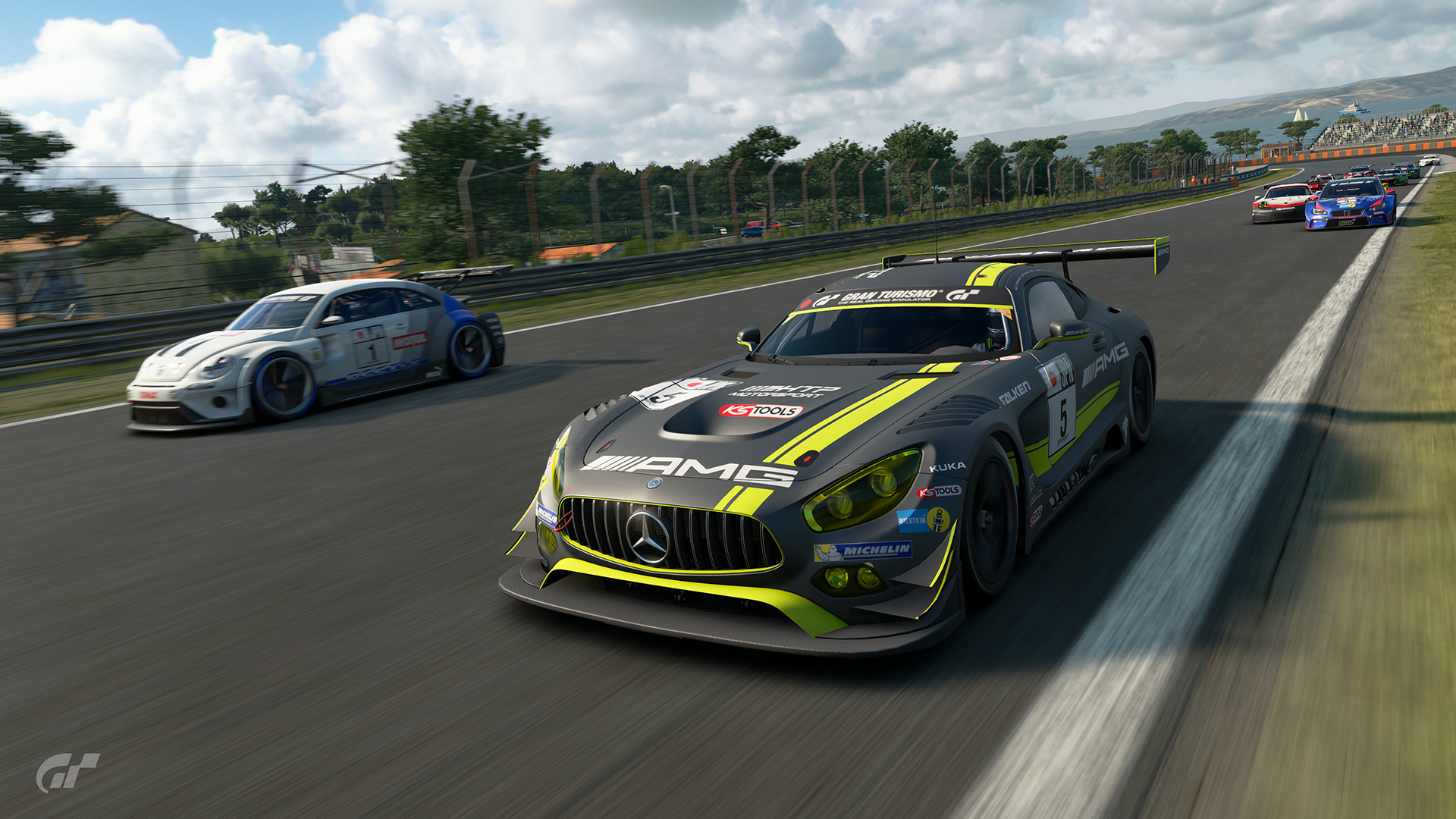 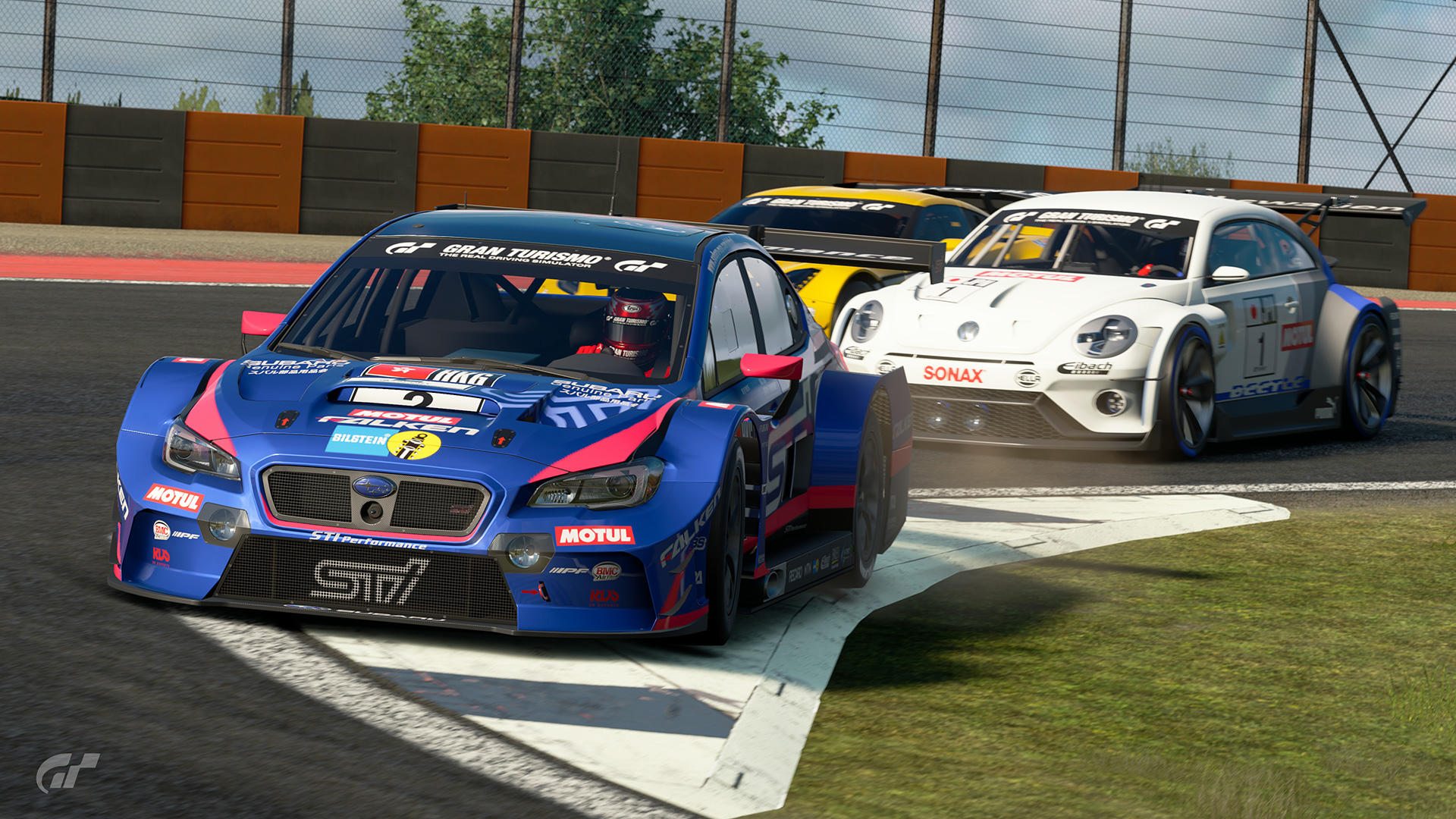 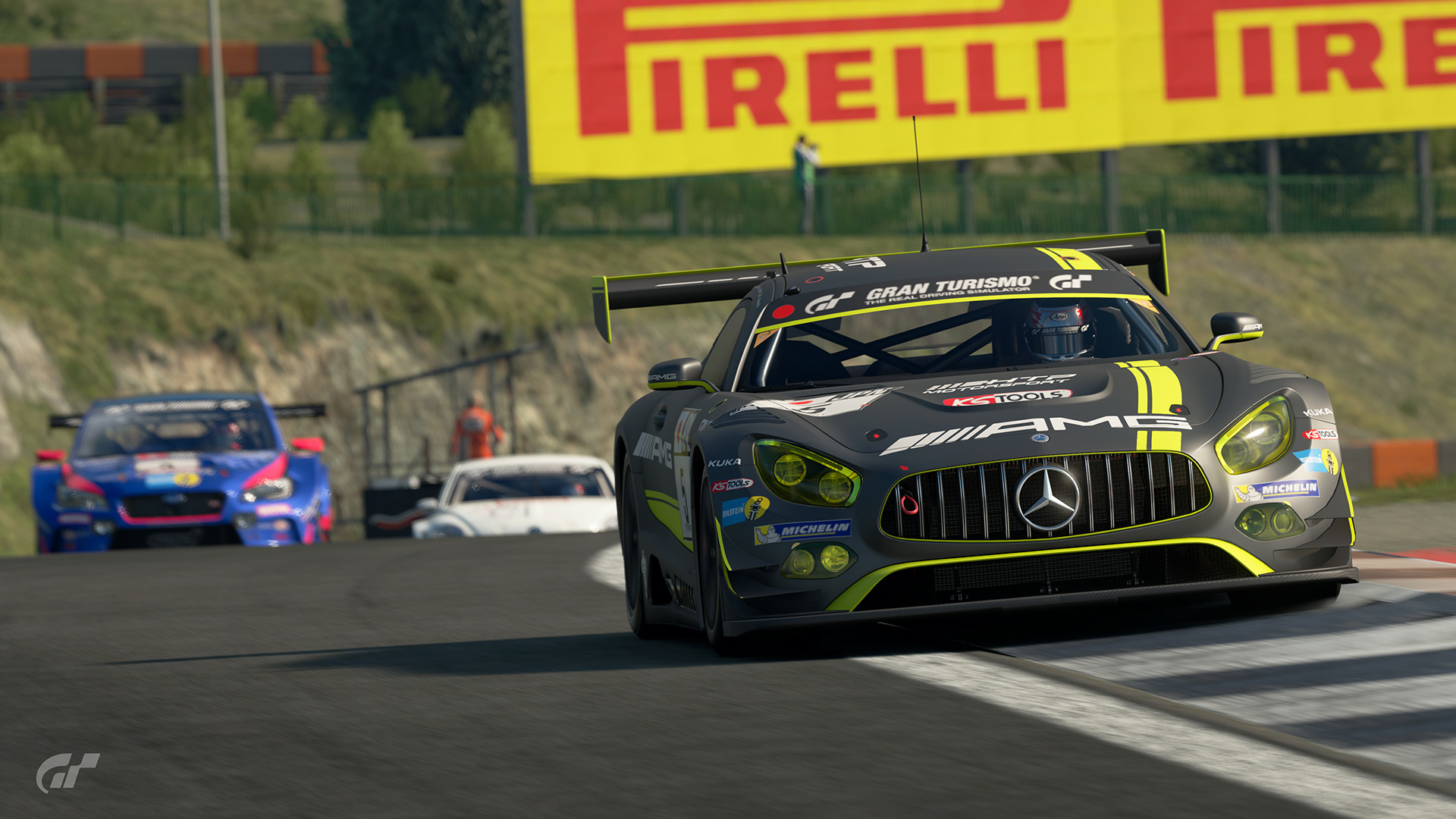 In the middle of the pack, Australian Cody Nikola Latkovski (Nik_Makozi) [4C Gr.3] was given a 5-second penalty after causing a multiple vehicle collision on Turn 10 of lap 2. 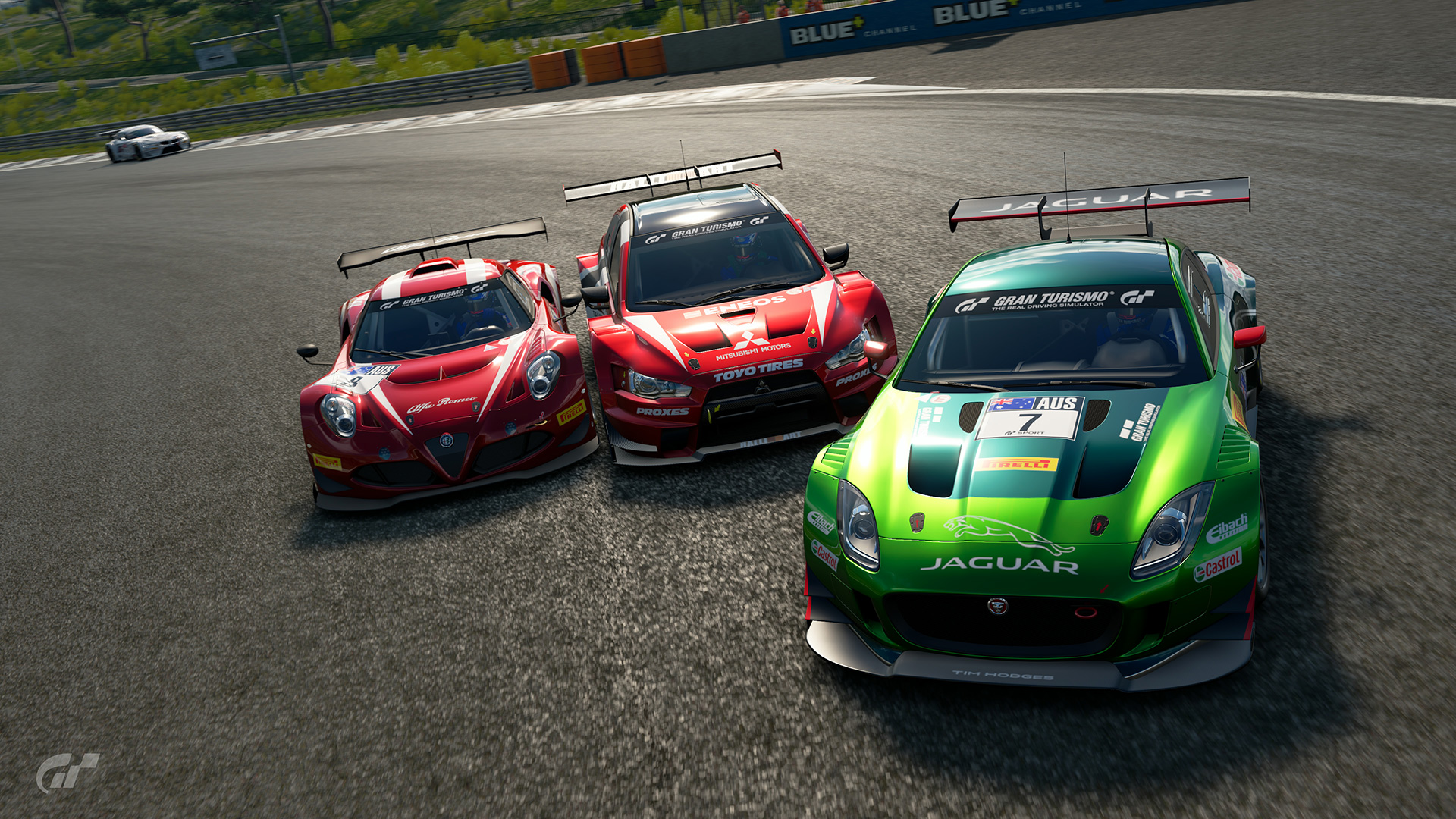 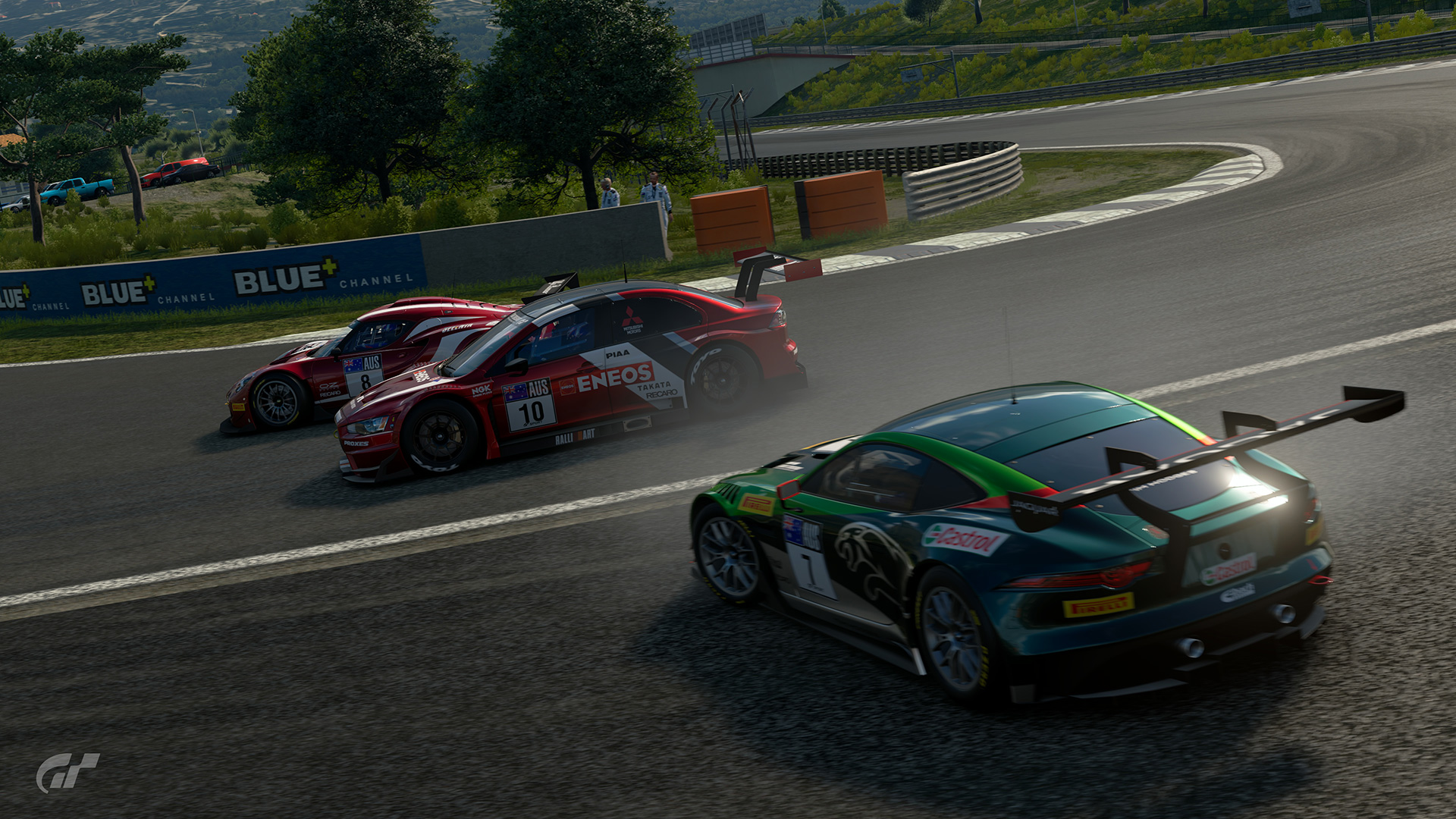 After opening his lead with Soft tyres, Yamanaka (yamado_racing) entered the pits on lap 4, changing to Medium tyres.

Wong (saika159-), who had chosen Medium tyres to start, began to lead the race but entered the pits on the next lap, changing to Hard tyres. He rejoined the race in 3rd.

After his setback at the beginning of the race, Kokubun (Akagi_1942mi) changed to Soft tyres and began to pick up the pace.

Having not changed his tyres yet, Yoshida (gilles_honda_v12) was now running in 1st place. Behind though, Yamanaka (yamado_racing) was unable to raise the pace as he would have liked and while his tyres wore down, his rivals behind began to close in. 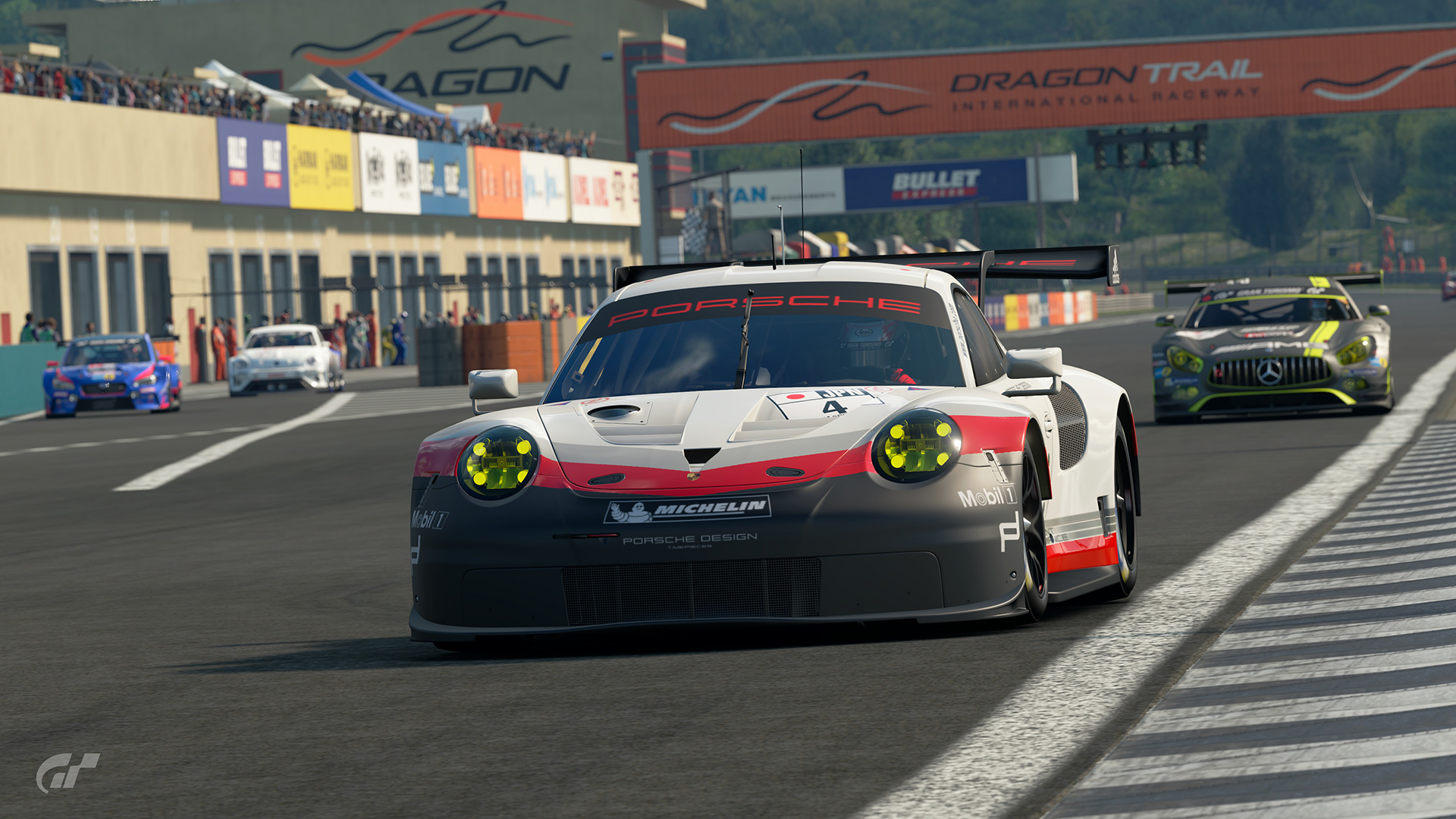 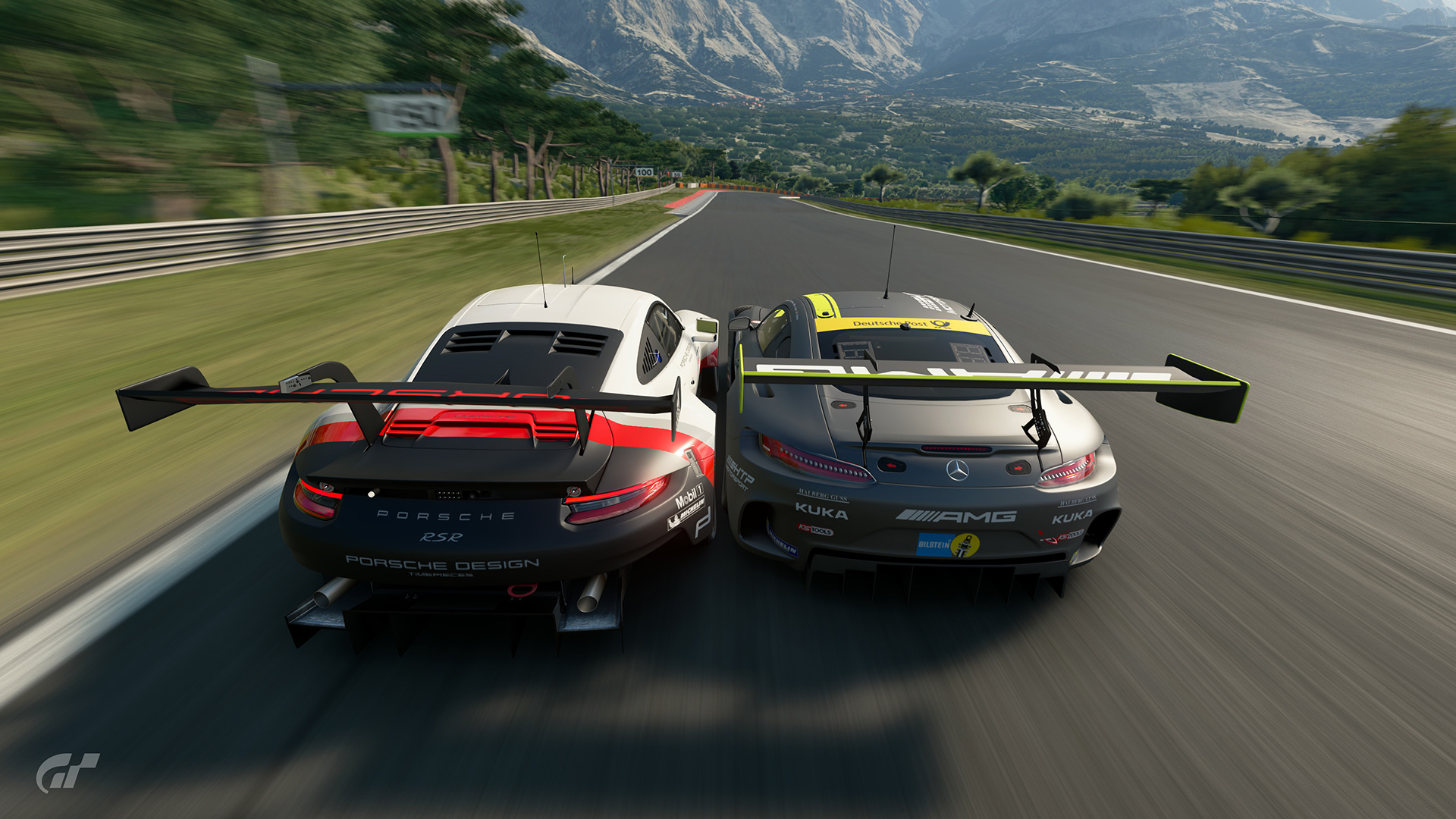 On lap 6, Yoshida (gilles_honda_v12) who had been running on Hard tyres, finally entered the pits.

On lap 8, Yamanaka (yamado_racing38) headed for his final pit stop, changing Medium tyres for Hard and rejoining the race in 3rd place.

Kokubun (Akagi_1942mi) had made up for his losses at the beginning of the race, but after his final pit stop on lap 10, he was in 3rd place.

Wong (saika159-) had saved his Soft tyres for the last leg of the race and was able dash ahead on the home stretch of lap 12 to take 1st place. 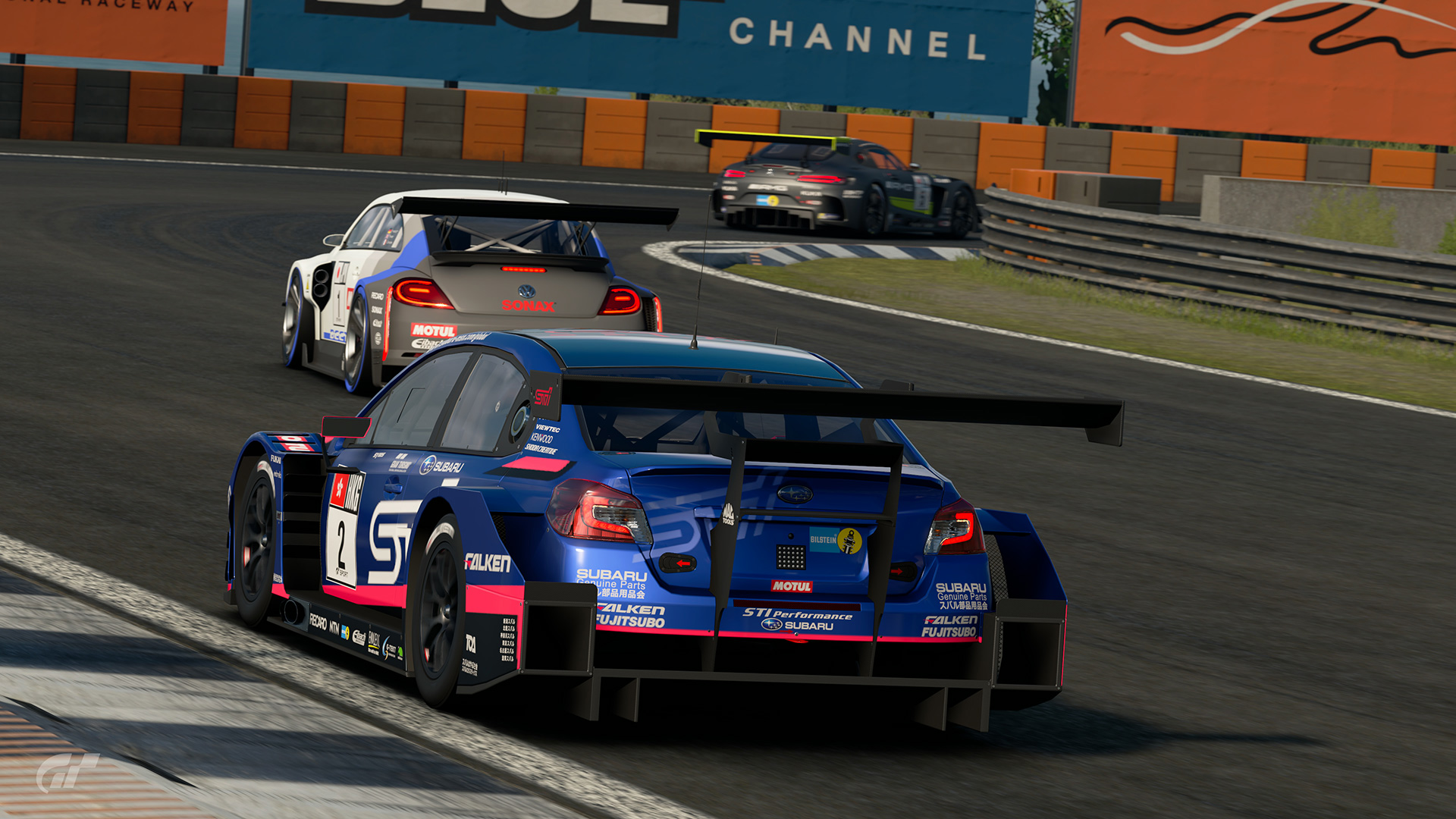 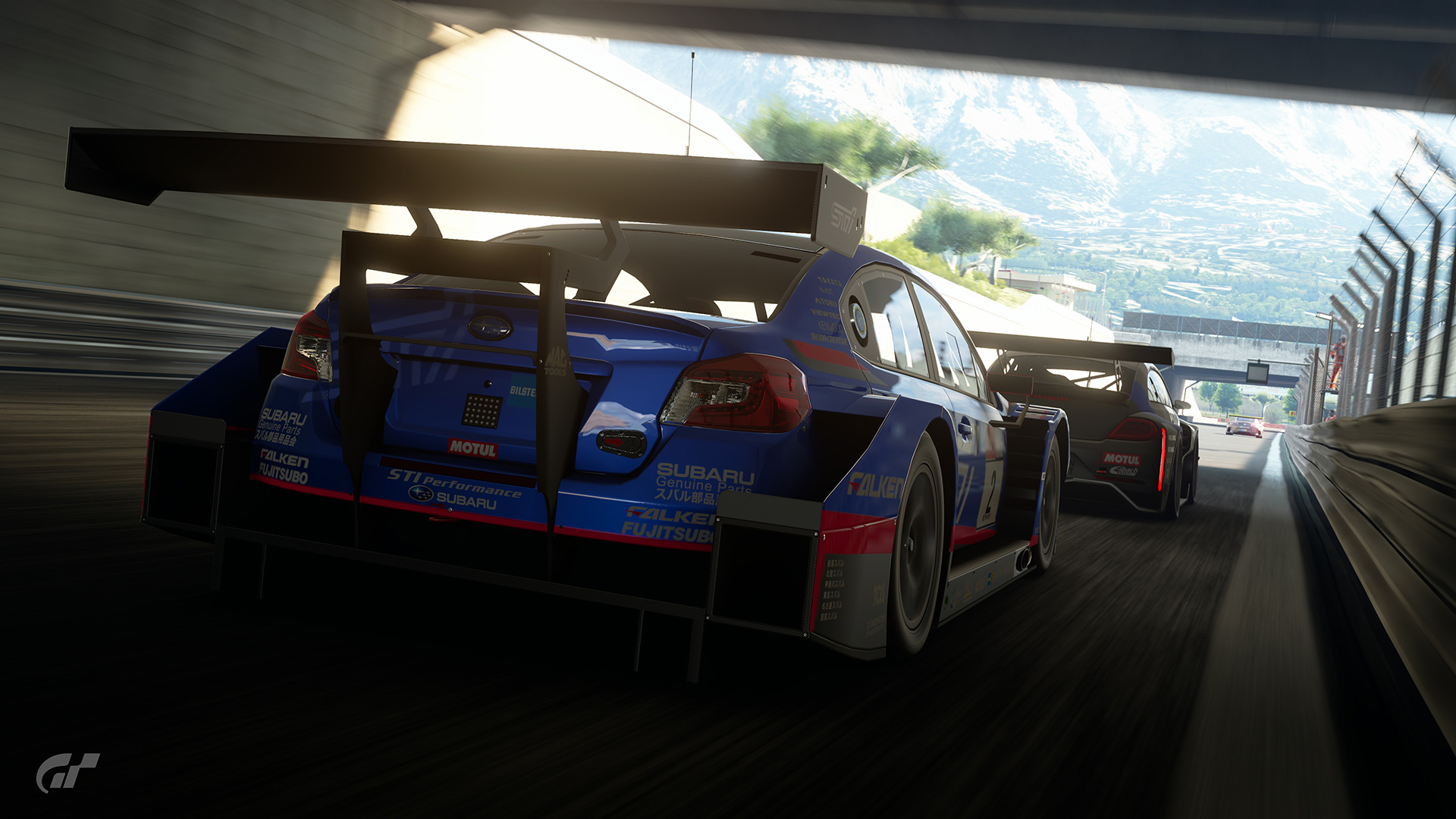 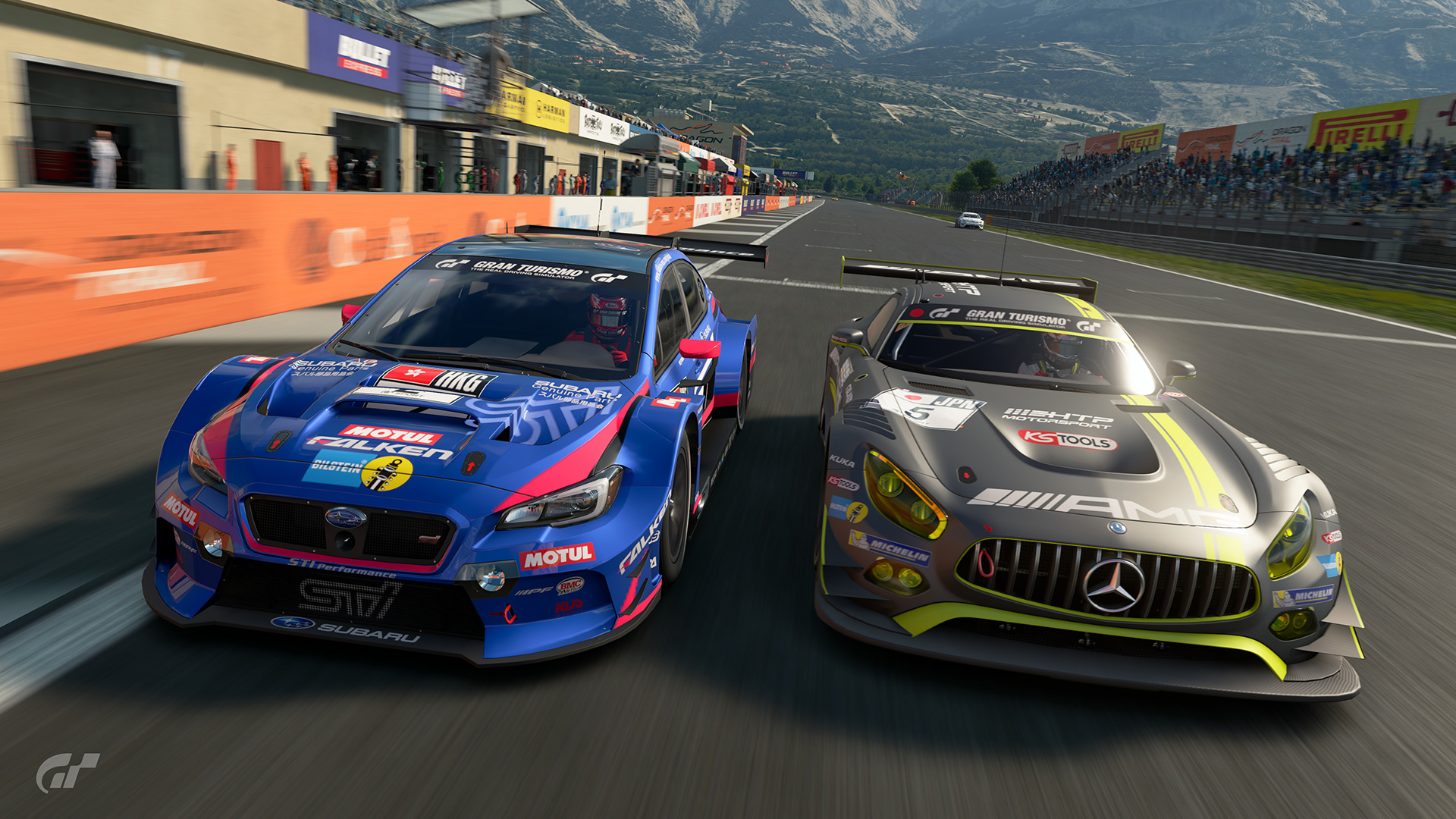 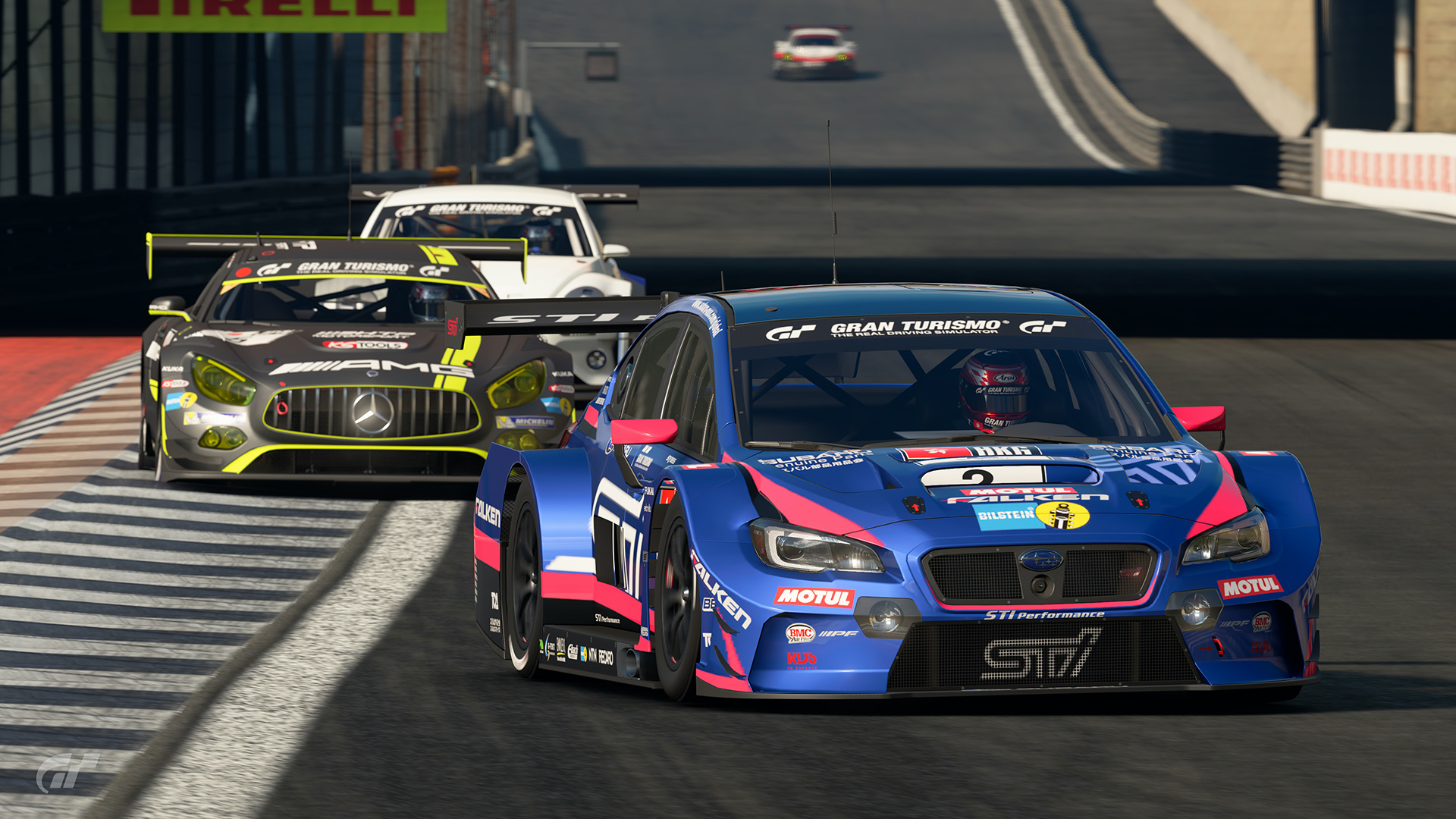 After falling from the top spot, Yamanaka (yamado_racing38) was struggling with tyre wear and Kokubun (Akagi_1942mi) was turning up the pressure from behind in 3rd. 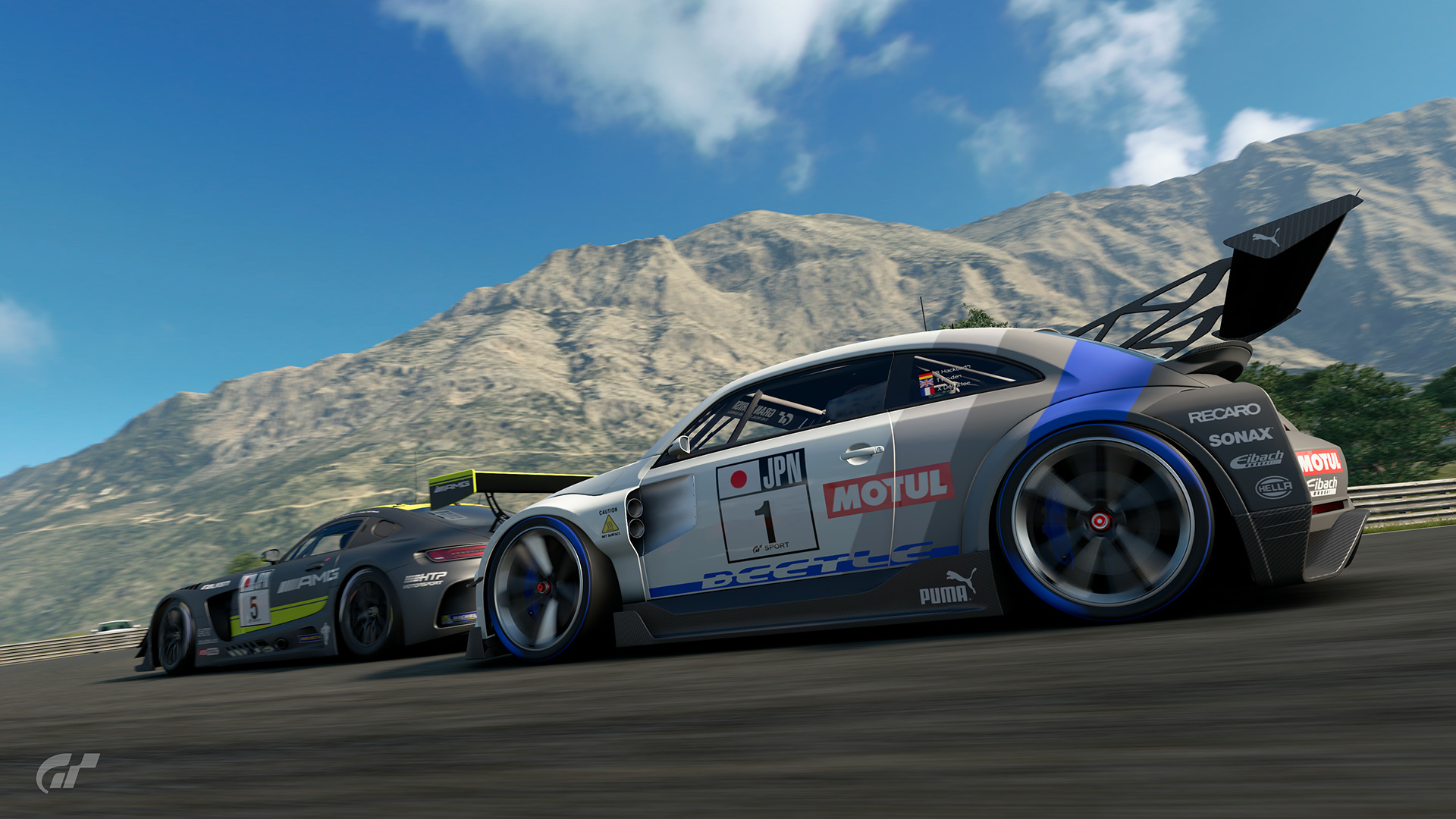 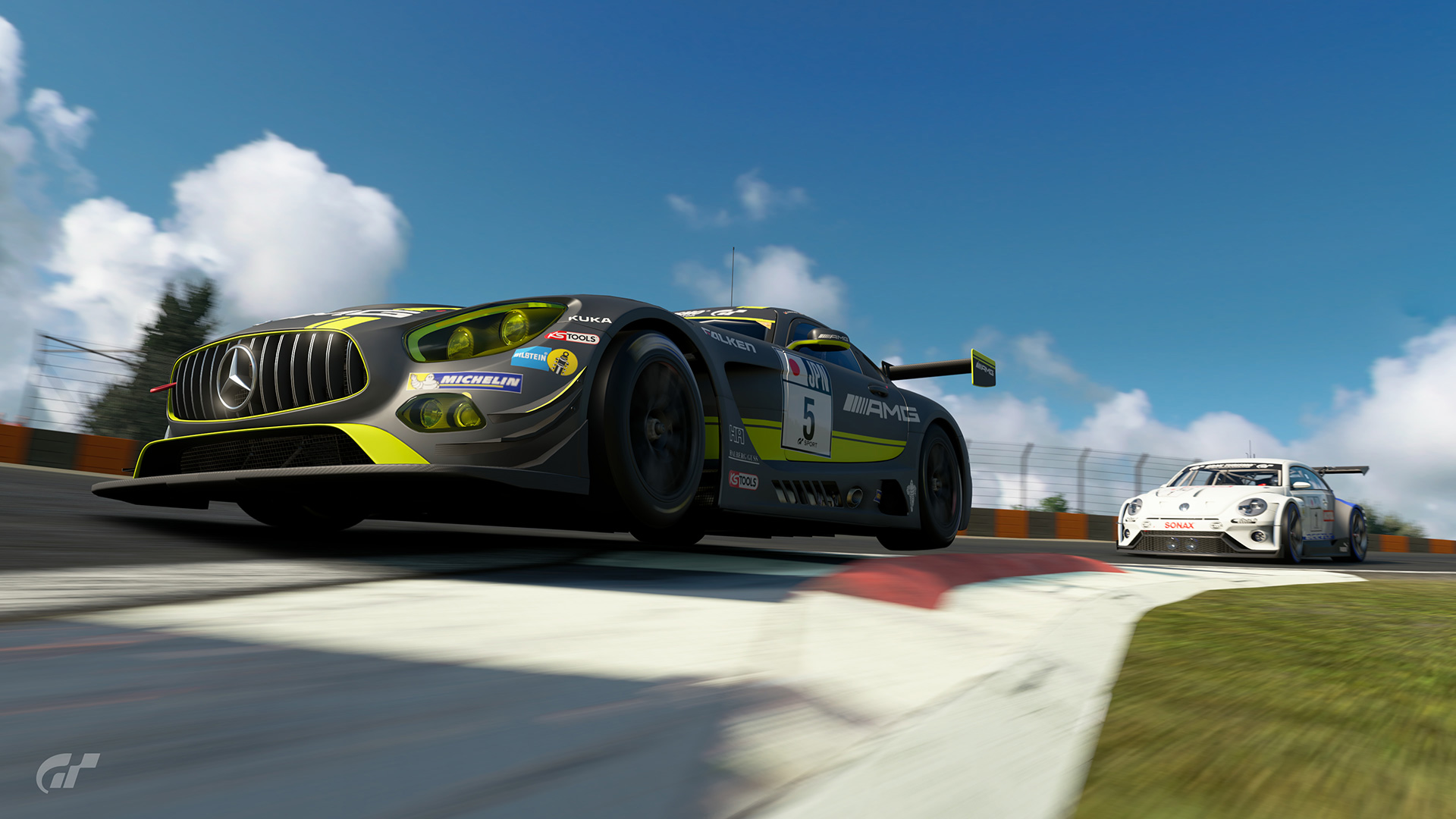 The veteran was being edged out by the young blood. On the final lap, Yamanaka’s tyres had finally reached their limit, but he was still able to skilfully drive a defensive line, blocking Kokubun (Akagi_1942mi) up to the finish for a hard won 2nd place.

Taking full advantage of his rival’s critical miss at the beginning of the race, Jonathan Wong (saika159-) triumphed against his Japanese opponents to bring home victory for Hong Kong. 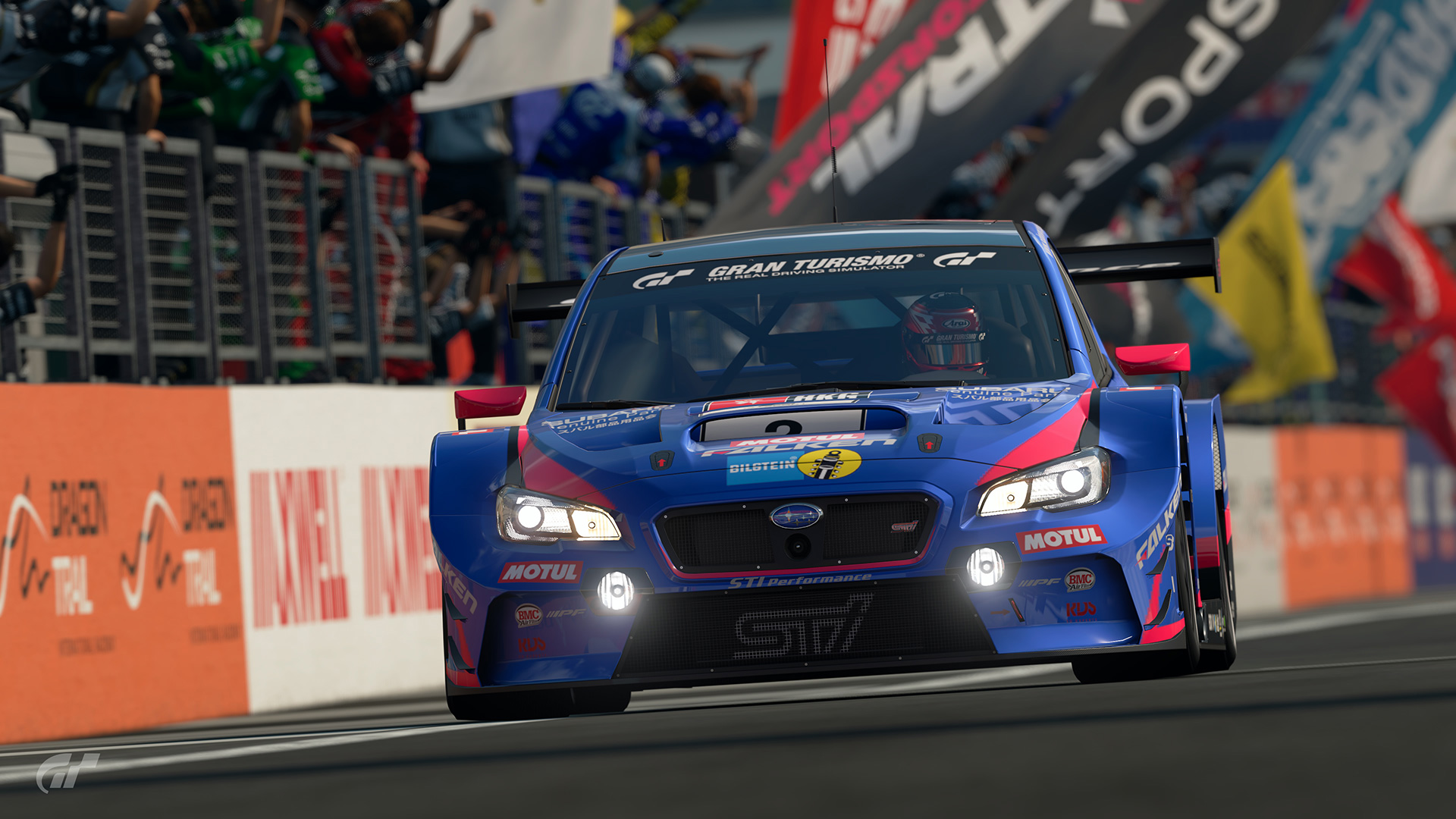 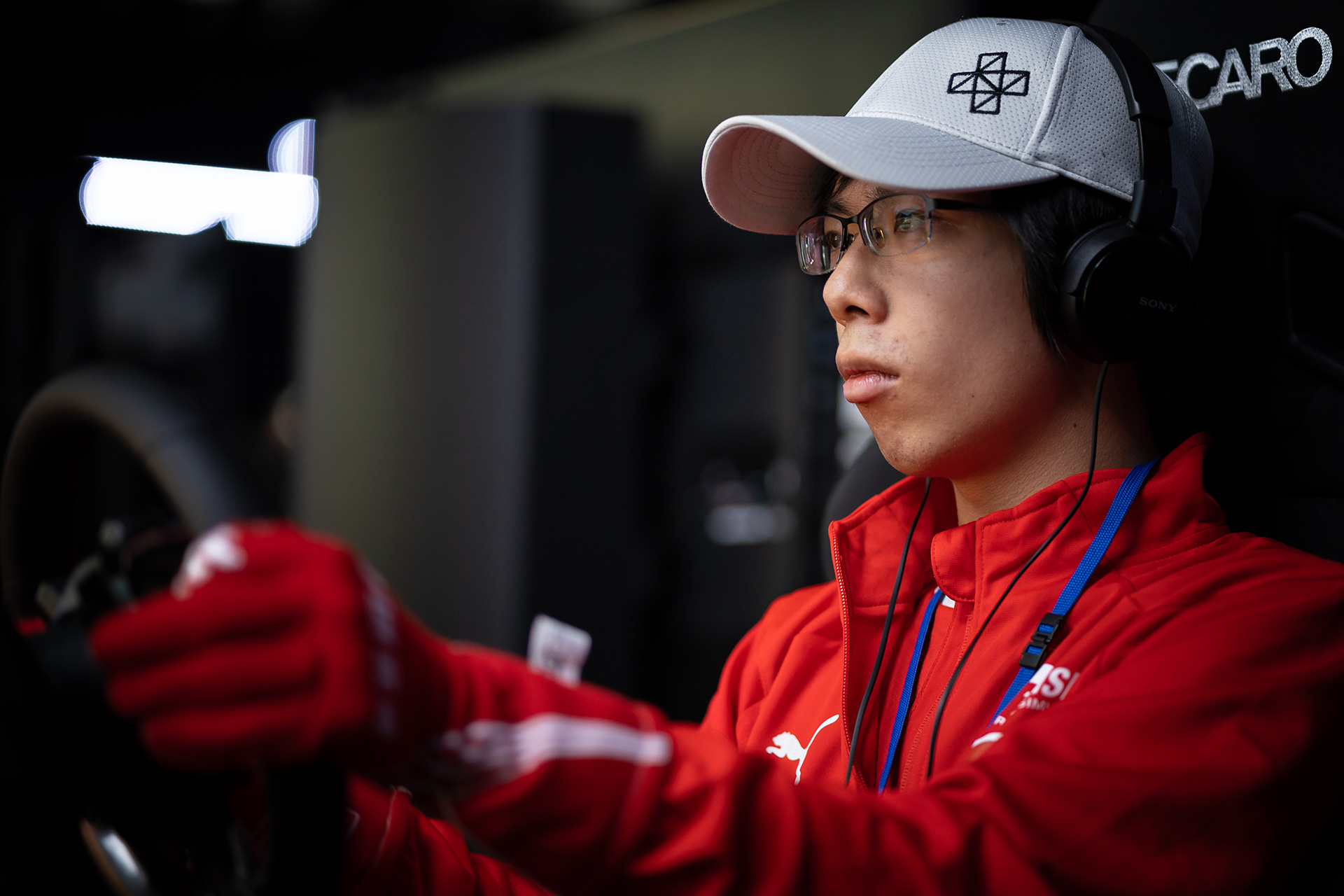 I picked my favourite car, the WRX Gr.3, had my strategy planned out, and was able to show off some great driving, and win. There aren’t many races that make me this happy. As I had expected, the Japanese driver Yamanaka, who had taken Soft tyres, passed me on the first corner but I did my best to keep up with him.

Then Kokubun took a penalty after a rare mistake near the start so I was able to change the race to my flavor without too much effort. My strategy was to save the Soft tyres for the final stint. Once your fuel load is lighter you can really use the Soft tyres effectively to increase the pace. To do that though, you have to do the best you can on the Hard tyres for the second stint.

When I changed to Soft tyres, Yamanaka and Kokubun were using Hard tyres and couldn’t keep up the pace so I easily got ahead of them. I see people who say “the WRX isn’t fast” or “you can’t win”, so I’m ecstatic to have won against the worlds top drivers using the WRX. In this race the WRX definitely wasn’t slow, it’s a real competitor and I like to think that I have proved to the world that it’s an amazing car that can win races. 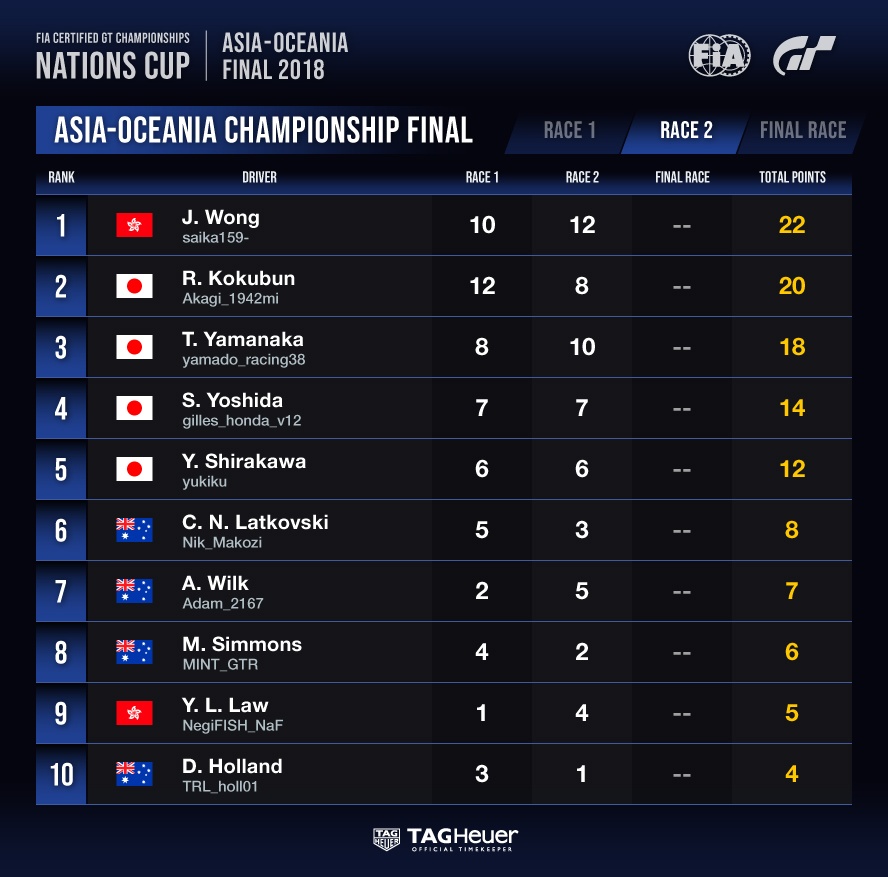