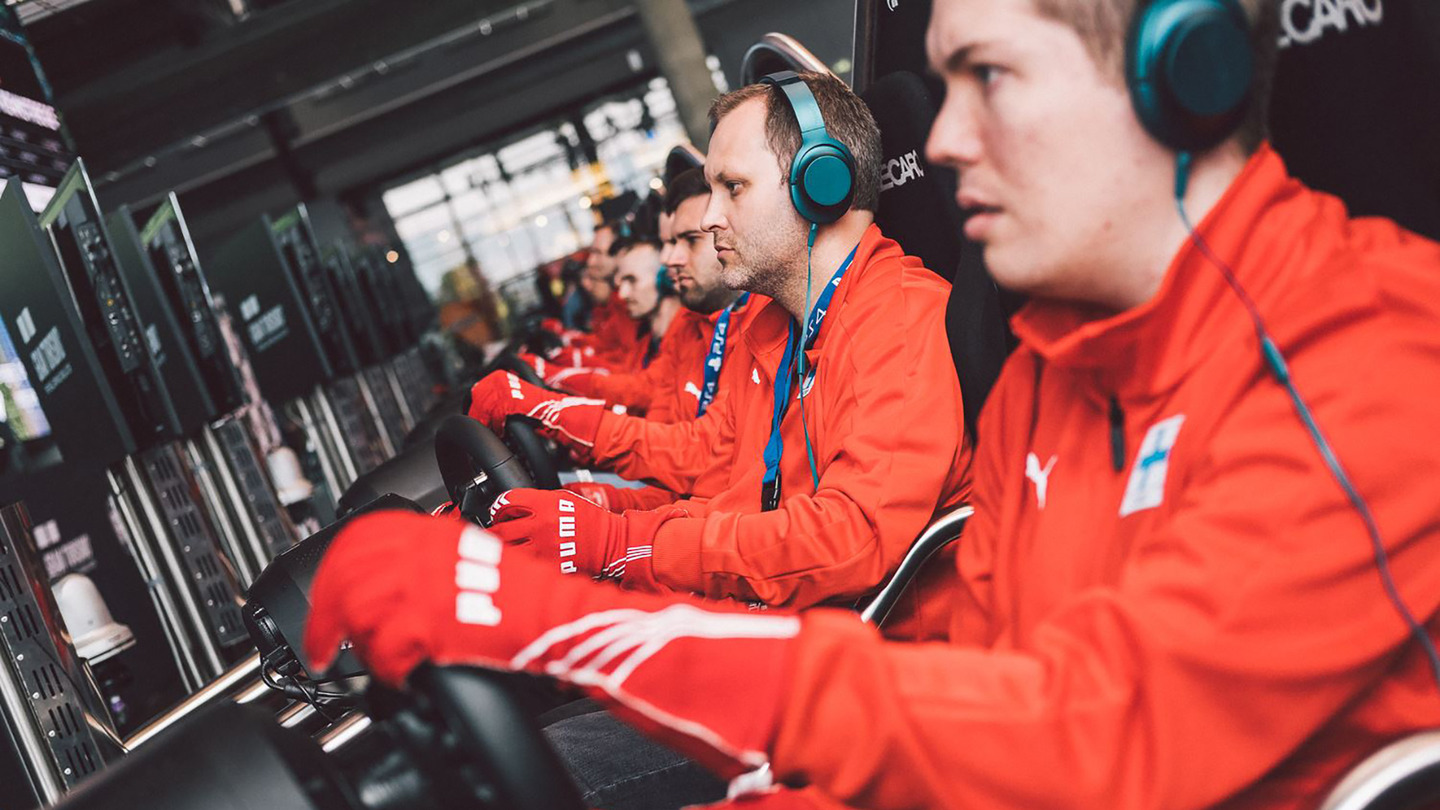 While fighting in the tough competition, the participants of the World Tour also had the opportunity to watch the real world race from the grandstands of the Nürburgring, visit the pits to sit in the seats of the latest machines, and participate in the grid walk before the start of the 24-Hour race to take pictures with famous drivers. And as the real world 24-Hour race entered its night session at 10PM on the 12th, the Finals of the Nations Cup started. 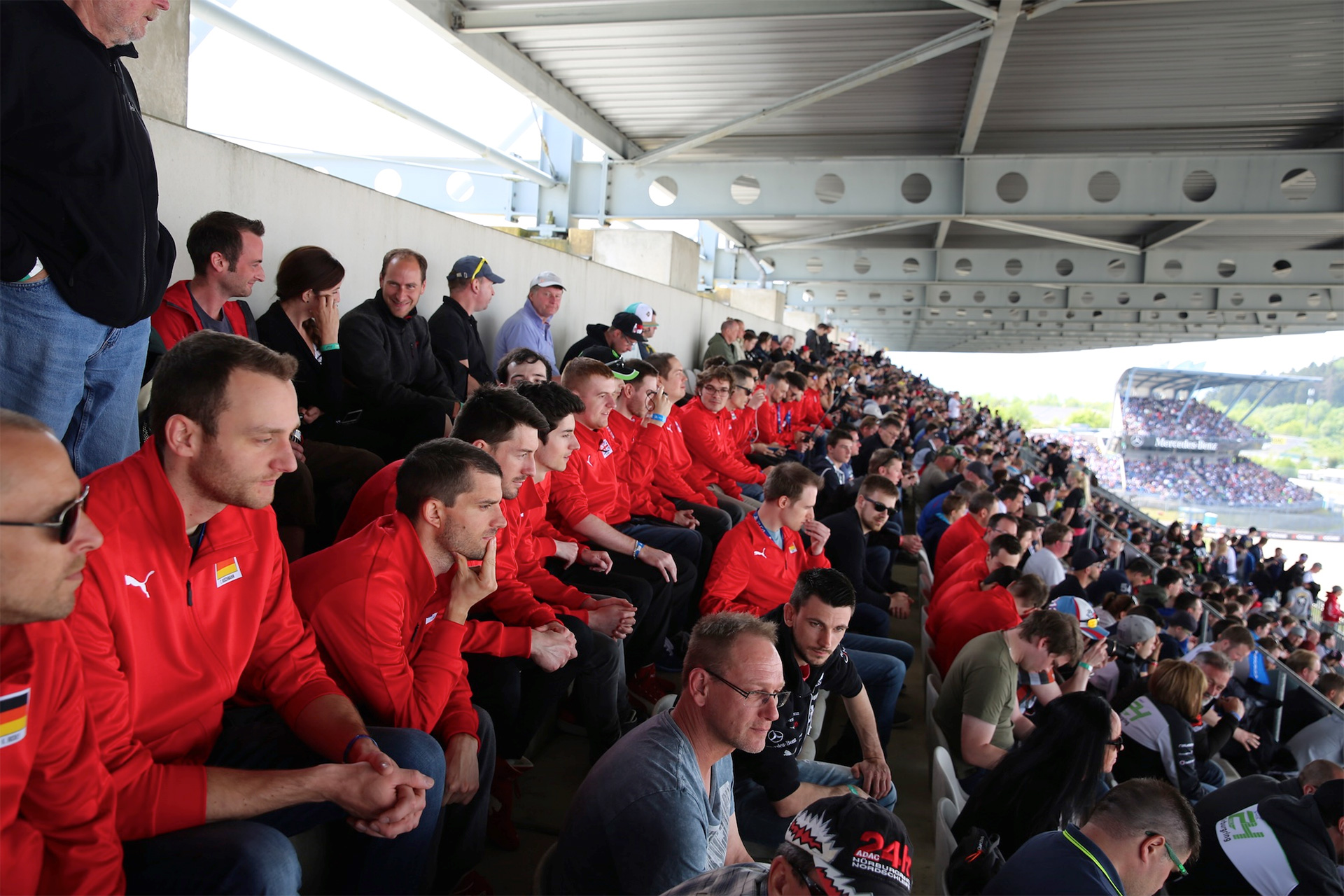 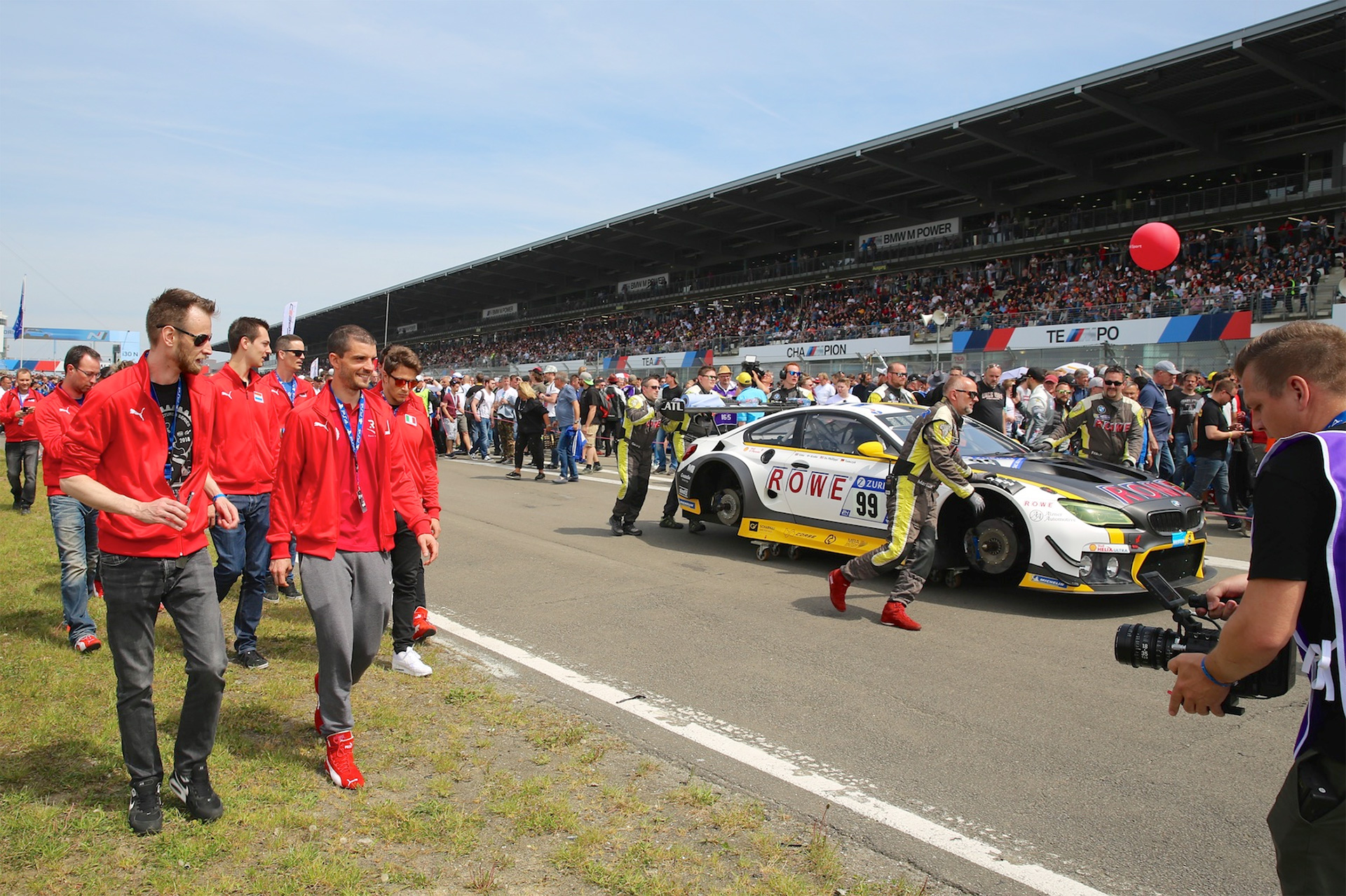 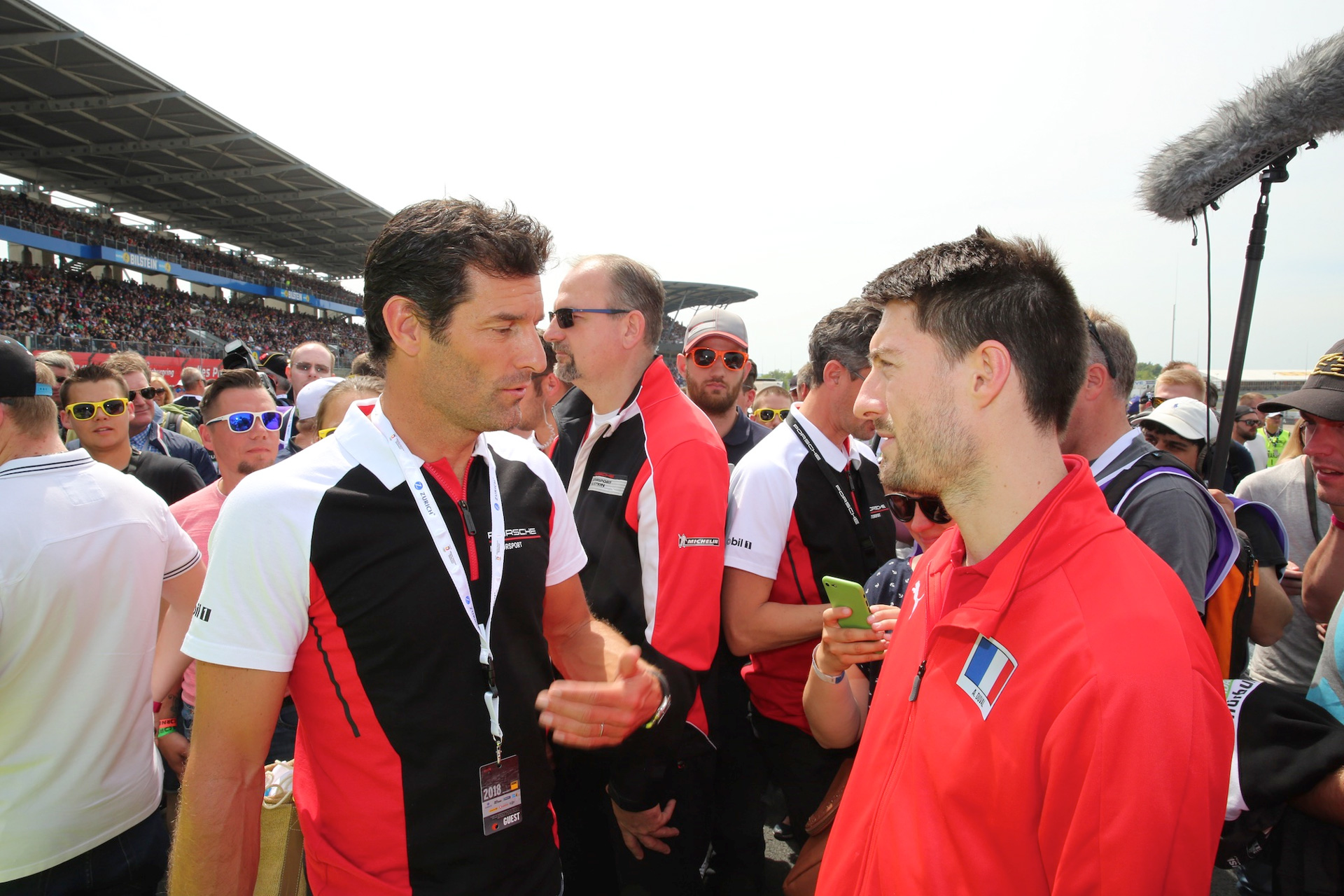 The Finals of the Nations Cup consisted of 4 races, with a winner determined from points earned in each race. In races 1 to 3, points were awarded from 1st place (12 points), 2nd place (10 points), 3rd place (8 points), 4th place (7 points), 5th place (6 points) and so on. The final race would then award double points. 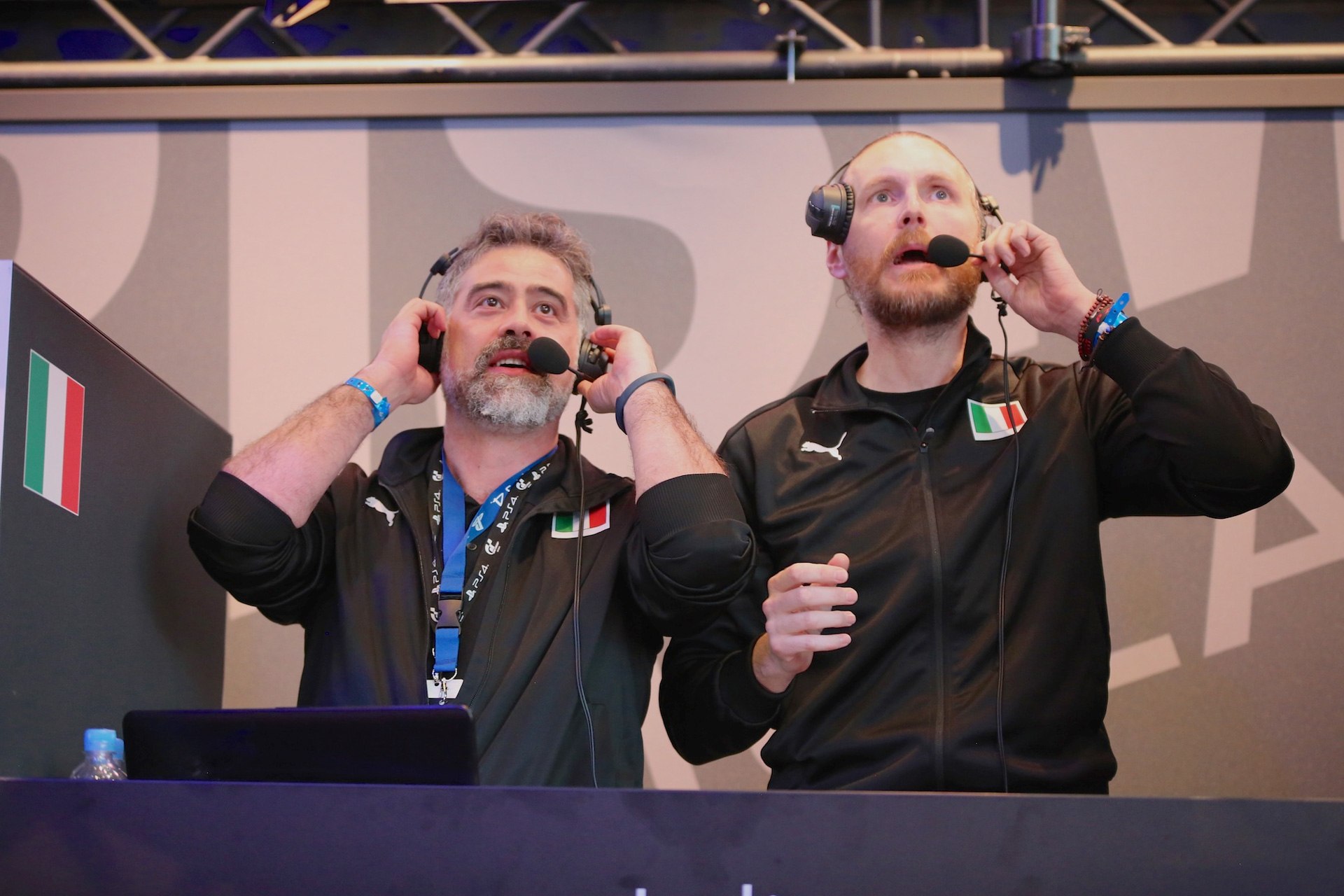 Race 1 was a 6 lap race in Gr.4 cars on the Nürburgring GP track. Richly in 2nd place on the grid (Nissan GT-R Gr.4) took off to a great start, followed by Blazan (Mercedes-Benz SLS AMG Gr. 4) who started on the pole. The others further behind on the grid were also keen to raise their position, with many close battles happening further down the line. 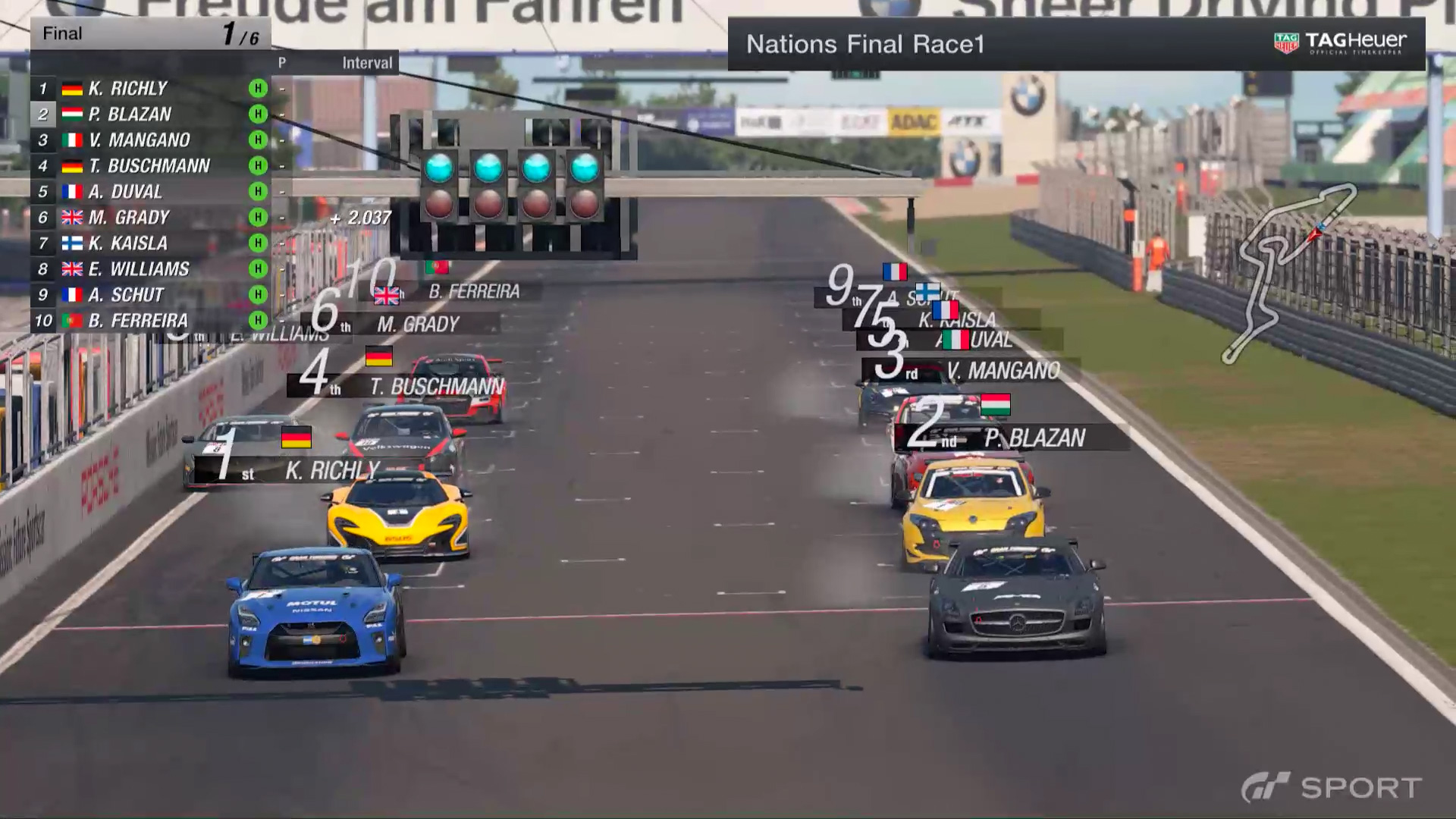 Richly maintained the lead for 4 laps, but entered the pit on the 5th lap with the top group. As a result, 4 cars that did not pit rose to the top. Duval from France took the lead, saving fuel in the first half to push hard in the latter part and ultimately taking the first victory. Ferreira from Portugal (Audi TT cup) took 2nd place and Buschmann from Germany finished 3rd. 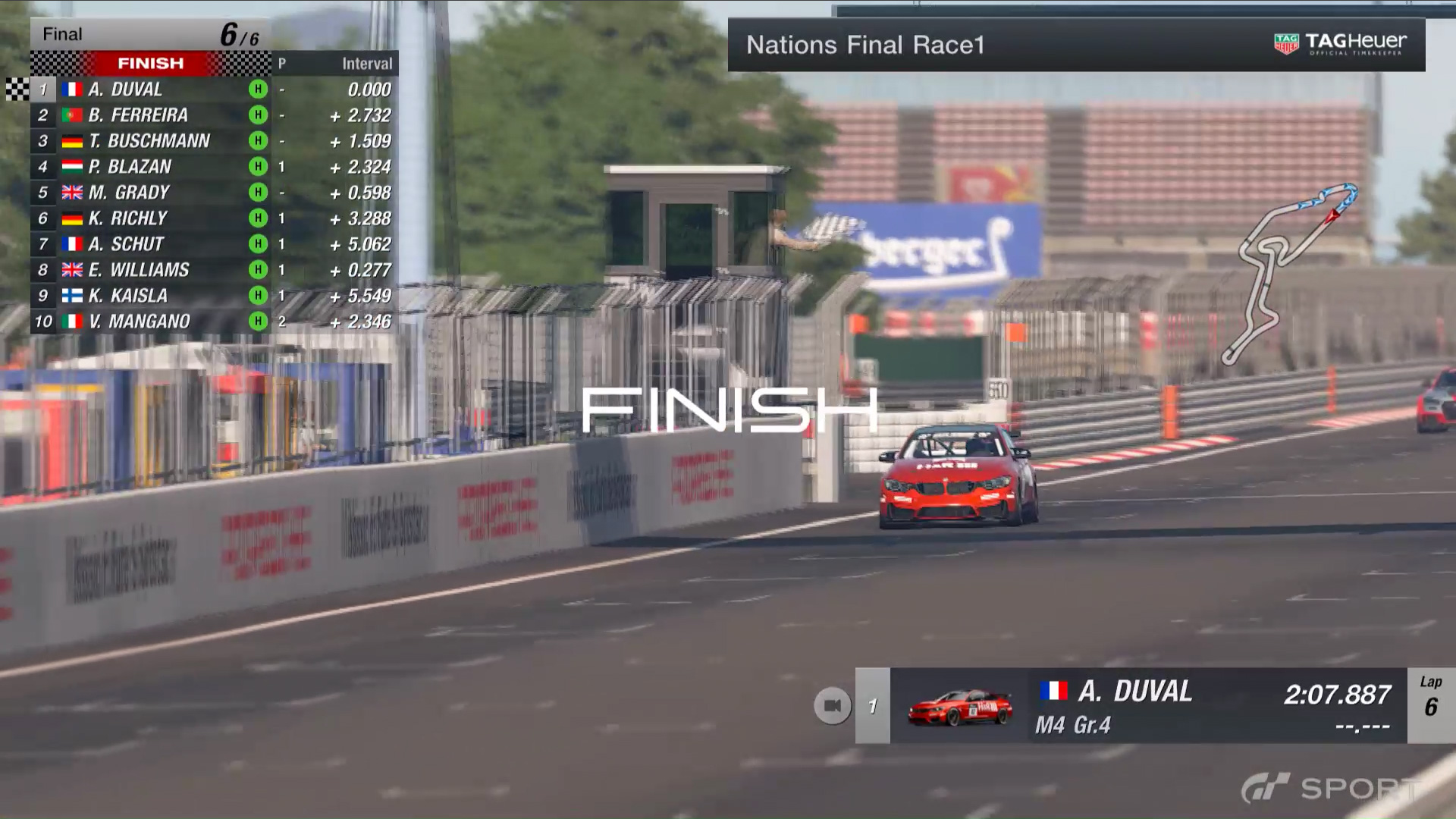 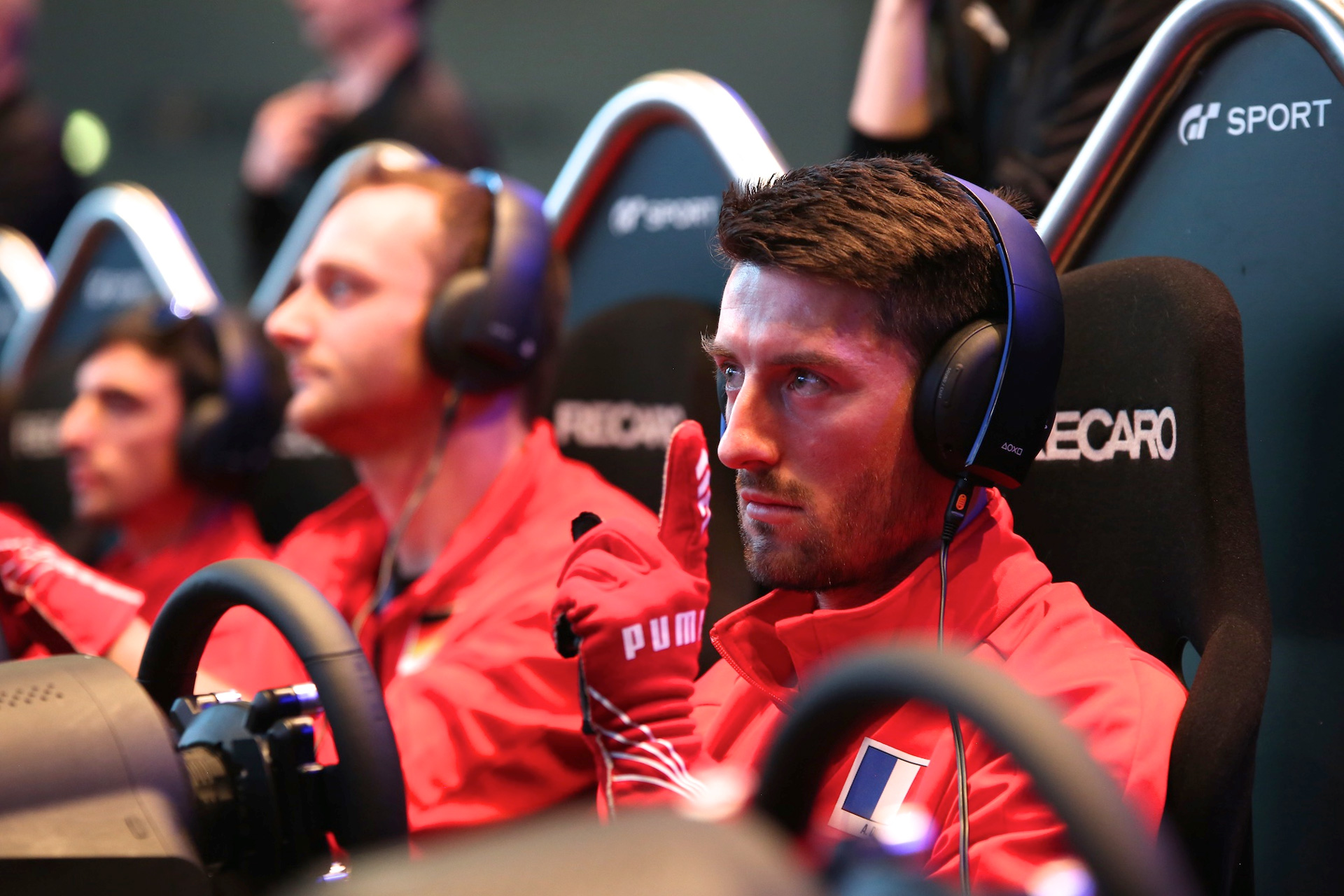 Race 2 was a 6 lap race in N300 class cars on Interlagos. A technical problem caused the race to be restarted once, but the one who took off to a great start was the winner of Race 1, Duval in the Audi TTS Coupé. However, he was overtaken by Kaisla from Finland (Nissan Skyline GT-R V Spec II Nür (R34)) in the home straight on lap 2. But Kaisla could not keep his fuel consumption down, and entered the pit on the 4th lap. In all of this, Blazan in the A110 Première Édition rose to the top. 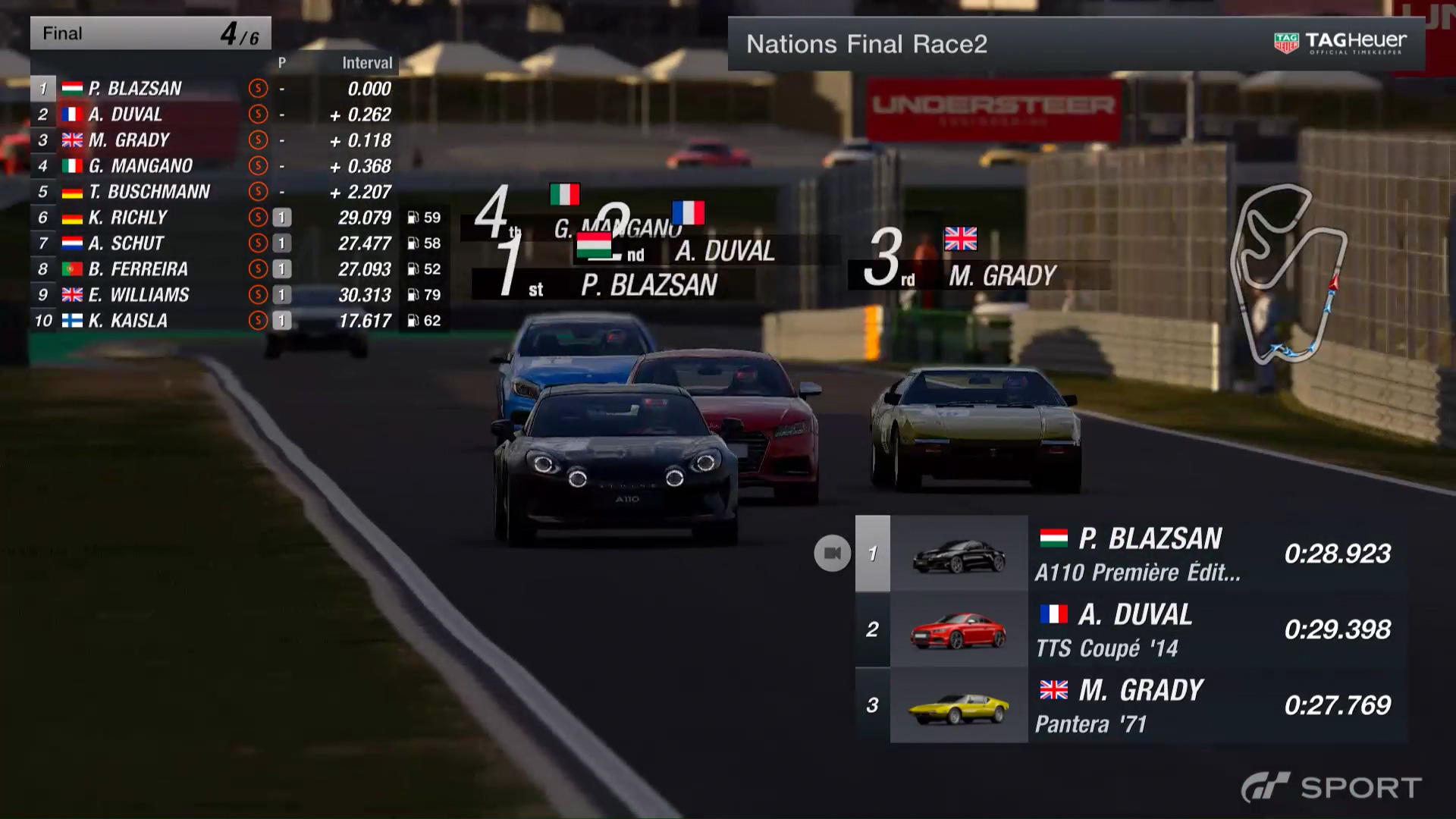 While Blazan gradually pulled away from the group, a fierce battle went on for 2nd place. Grady (Great Britain) in the De Tomaso Pantera caught up with Duval, and took the lead in the back straight. Duval fought for position, but Kaisla, who had dropped to 6th at one point, joins in on the fray. Just before the final corner on the final lap, Kaisla overtook both cars to rise to 2nd. But the race ended here, with the victory going to Blazan, representing Hungary. 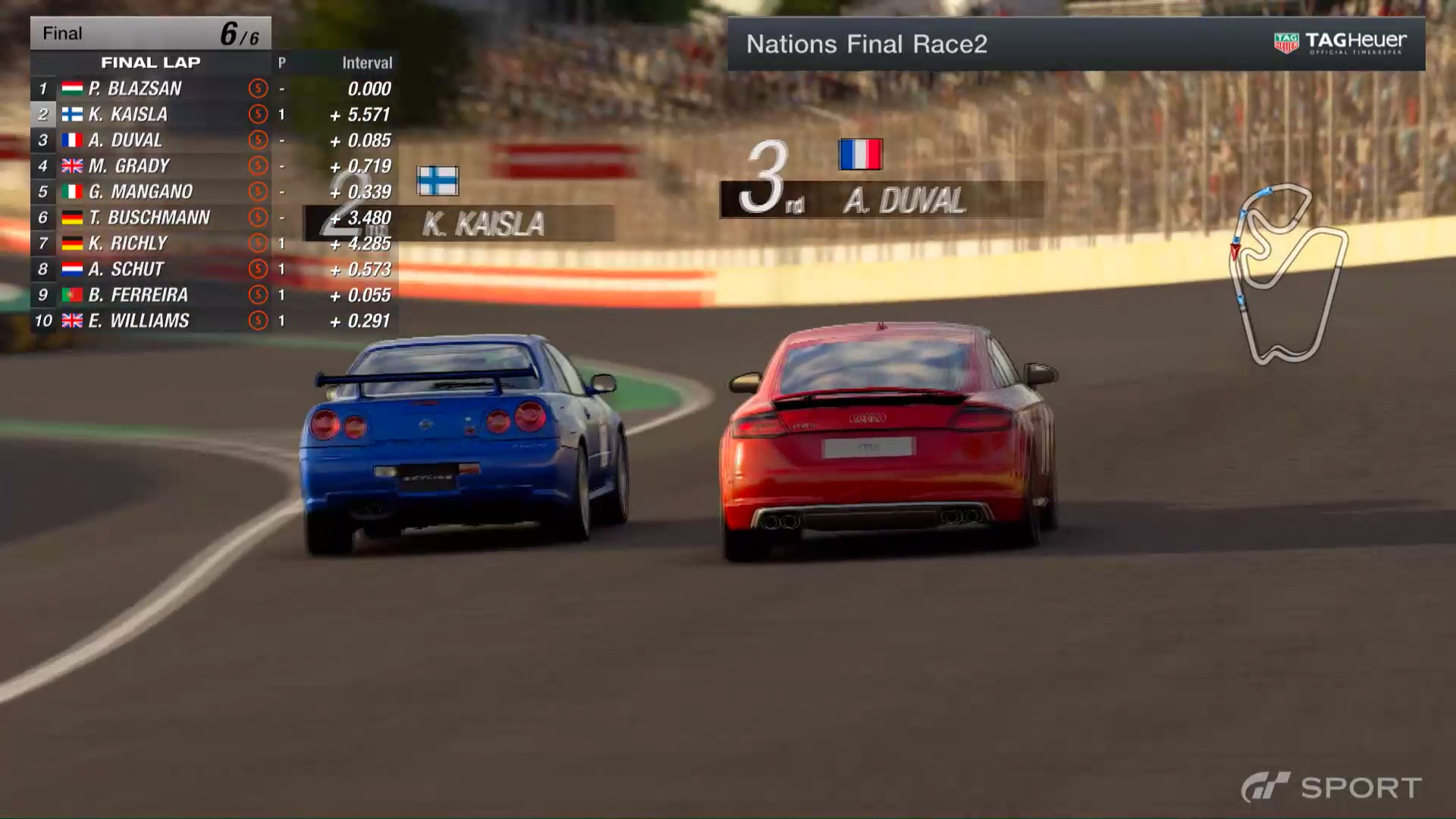