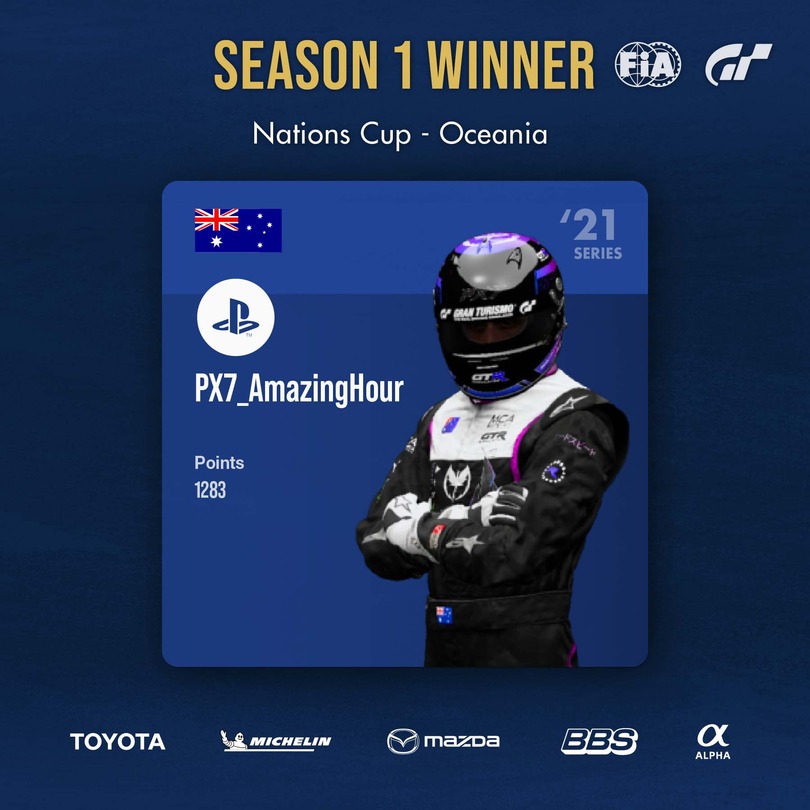 The season was notable for the absence of Nik_Makozi, Oceania's most dominant driver in recent times. This gave his compatriot PX7-AmazingHour the opportunity to showcase his own skills, and he outperformed the competition from the start.

In the end, PX7-AmazingHour top-scored in eight out of ten races, bettering his rival, New Zealand's AE_McEwen in every round and earning the right to enter the World Series Showdown. It seems a new star has been born in Oceania, and all eyes will be on him from now on!